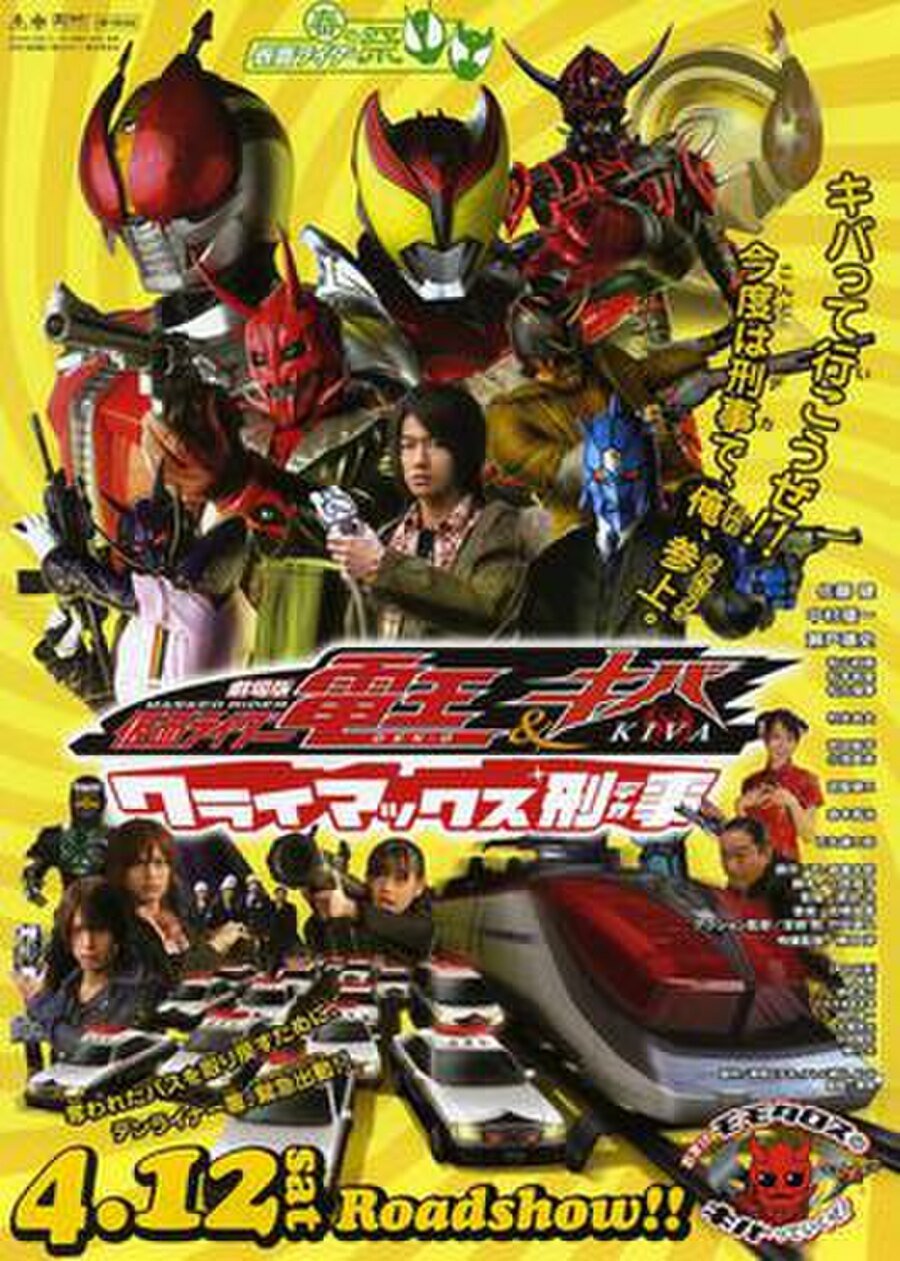 is a Japanese superhero tokusatsu film in the Kamen Rider franchise. Climax Deka is the second film to feature the characters of the television drama Kamen Rider Den-O and the first to feature the characters of Kamen Rider Kiva. It opened in theaters on April 12, 2008 as part of the . In its first weekend, it took the top spot at the Japanese box offices, unseating the Japanese release of Cloverfield. In the end, it grossed 730 million yen, over double the normal revenue for a Kamen Rider film. Though it is considered the first Heisei rider teamup however the story focuses more on Den-O than Kiva.

Set after the events of Kamen Rider Den-O, Ryoutaro and the DenLiner gang have set up a detective agency called the who seek to keep the Imagin that survived the Junction Point in check after an Imagin stole a spare Den-O Pass from Owner while he was training. While pursuing the Pink Rabbit Imagin via car chase, they cross paths with the Horse Fangire as Den-O and the Tarōs battle them, killing the two monsters and not finding the Den-O Pass on either.