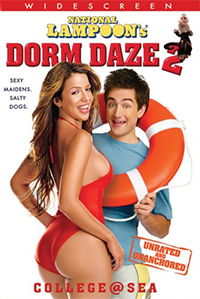 The film unfolds during a Semester-at-Sea-type cruise in the Caribbean. The class from Billingsly University are trying to put on a play to win a contest. Sexy and scheming Gerri and stoner Pete are competing for a scholarship. Newmar is trying to have sex with Violet, his Christian girlfriend. Rusty is just trying to have sex with anything he can. The creepy Dante runs around planning all sorts of nefarious schemes. Meanwhile, a priceless stolen jewel is loose on the boat and everyone is after it.