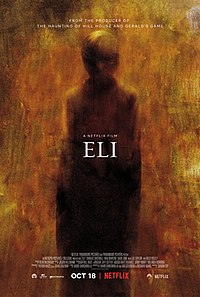 Eli Miller is a young boy suffering from a rare disease that causes severe allergic reactions to the outdoors, forcing him to live his life in protective gear. His parents, Rose and Paul, have taken him to Dr. Isabella Horn's secluded medical facility, a large, old house that has been modernized and quarantined. Eli is initially overjoyed that the facility allows him to remove his "bubble suit", embrace his parents, and enjoy comforts previously denied to him. His joy is short-lived, however, as he begins to experience supernatural phenomena in the house. He also begins his treatments, which are excruciatingly painful. The spectres repeatedly leave him the message lie, and Eli begins to wonder if they are trying to warn him about Horn's treatments.