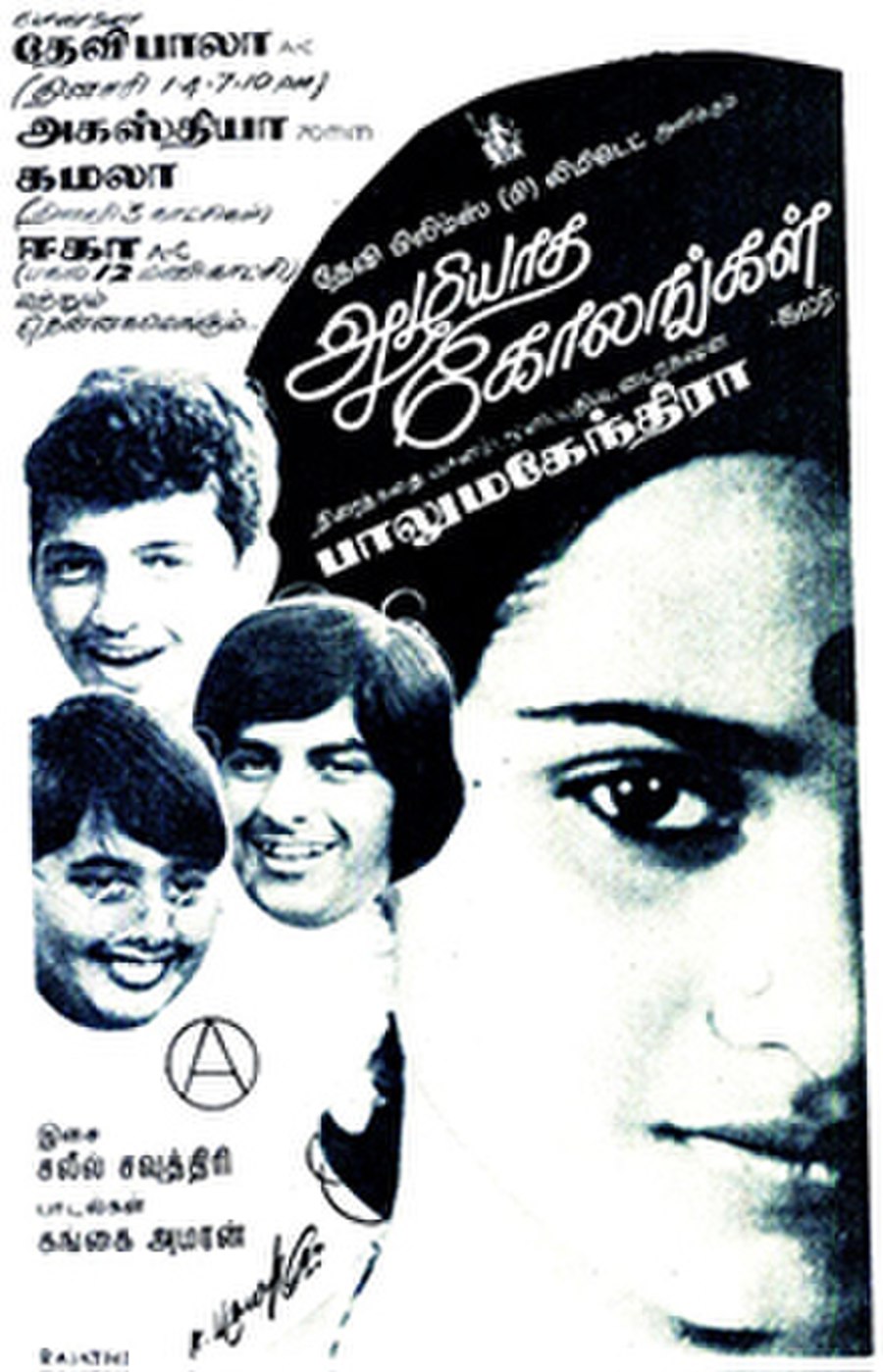 Azhiyatha Kolangal is a 1979 Indian Tamil-language coming-of-age film directed by Balu Mahendra, starring Pratap K. Pothen and Shoba. Kamal Haasan played a guest role in the film. The film was Balu Mahendra's second directorial venture and his first in Tamil. Partly autobiographical, the film dealt with the events that happen during the adolescence of three friends who live in a small village. In addition to directing the film, Balu Mahendra wrote the screenplay and shot the film. The film was released on 7 December 1979. Upon release, Azhiyadha Kolangal received critical acclaim, and was premièred at the "Indian Panorama" of the International Film Festival of India in 1980.

Gowrishankar, a managing director of a company in Madras, receives a letter from his childhood friend Pattabi. The story goes into flashback mode where he along with Pattabi and another friend Raghupathi live in a small village. The three teenage friends are attracted to Indumathi, a school teacher who comes to their village, and try to impress her. Situations lead to Raghupathi's death by drowning.