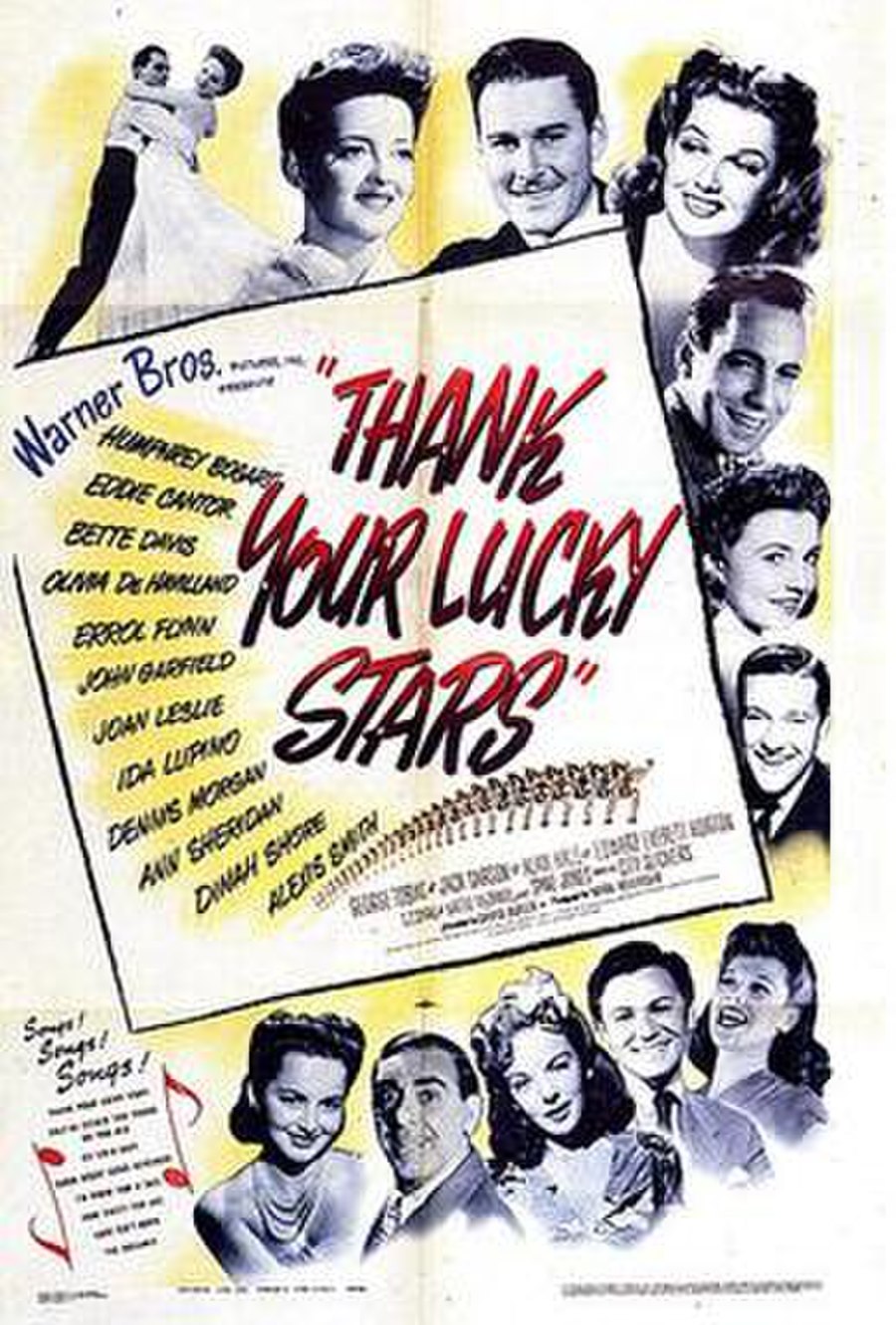 Thank Your Lucky Stars is a 1943 American musical comedy film made by Warner Brothers as a World War II fundraiser, with a slim plot involving theater producers. The stars donated their salaries to the Hollywood Canteen, which was founded by John Garfield and Bette Davis, who appear in this film. It was directed by David Butler and stars Eddie Cantor, Dennis Morgan, Joan Leslie, Edward Everett Horton and S. Z. Sakall.

Two theater producers try to stage a wartime charity extravaganza called Cavalcade of Stars. The egotistical Eddie Cantor has Dinah Shore under contract and will only allow her to appear if he is made chairman of the benefit committee, so he is allowed to take command. Meanwhile, an aspiring singer and his songwriter girlfriend conspire to get into the charity program by replacing Cantor with their lookalike friend, tour bus driver Joe Simpson.