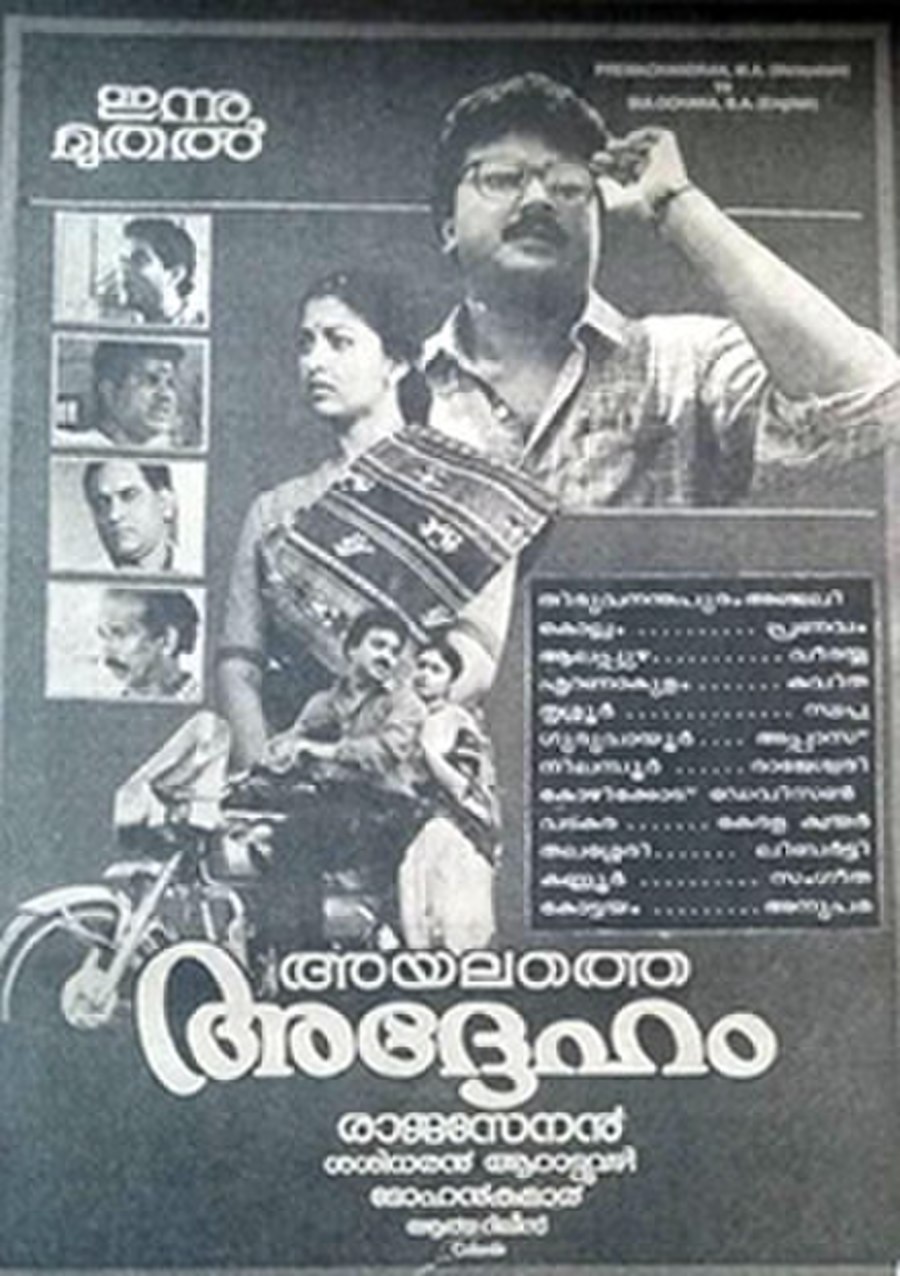 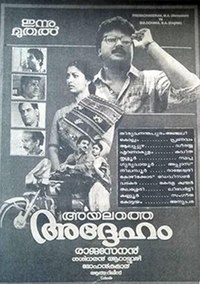 Ayalathe Adheham is a 1992 Indian Malayalam-language family comedy drama film directed by Rajasenan and written by Sasidharan Arattuvazhi. It stars Jayaram, Gautami, Siddique, Vaishnavi, Meena, and Thilakan. The songs were composed by Perumbavoor G. Raveendranath, while the score was by Mohan Sithara.

The story is about a college lecturer Premachandran (Jayaram), who faces troubles when his wife Sulochana (Gautami) develops an inferiority complex about their family life, after seeing their happily married neighbours Rajeevan and Radhika (Siddique and Vaishnavi). Rajeevan is a medical representative and working for a pharmaceutical company. Rajeevan's personality, confidence and his charisma impresses Sulochana and she wishes her husband was like Rajeevan. Sulochana keeps on comparing Rajeevan with her husband to such an extent that it makes Premachandran jealous. Premachandran tries to mend his behaviour and tries his best to express his love for Sulochana but fails in his attempts.