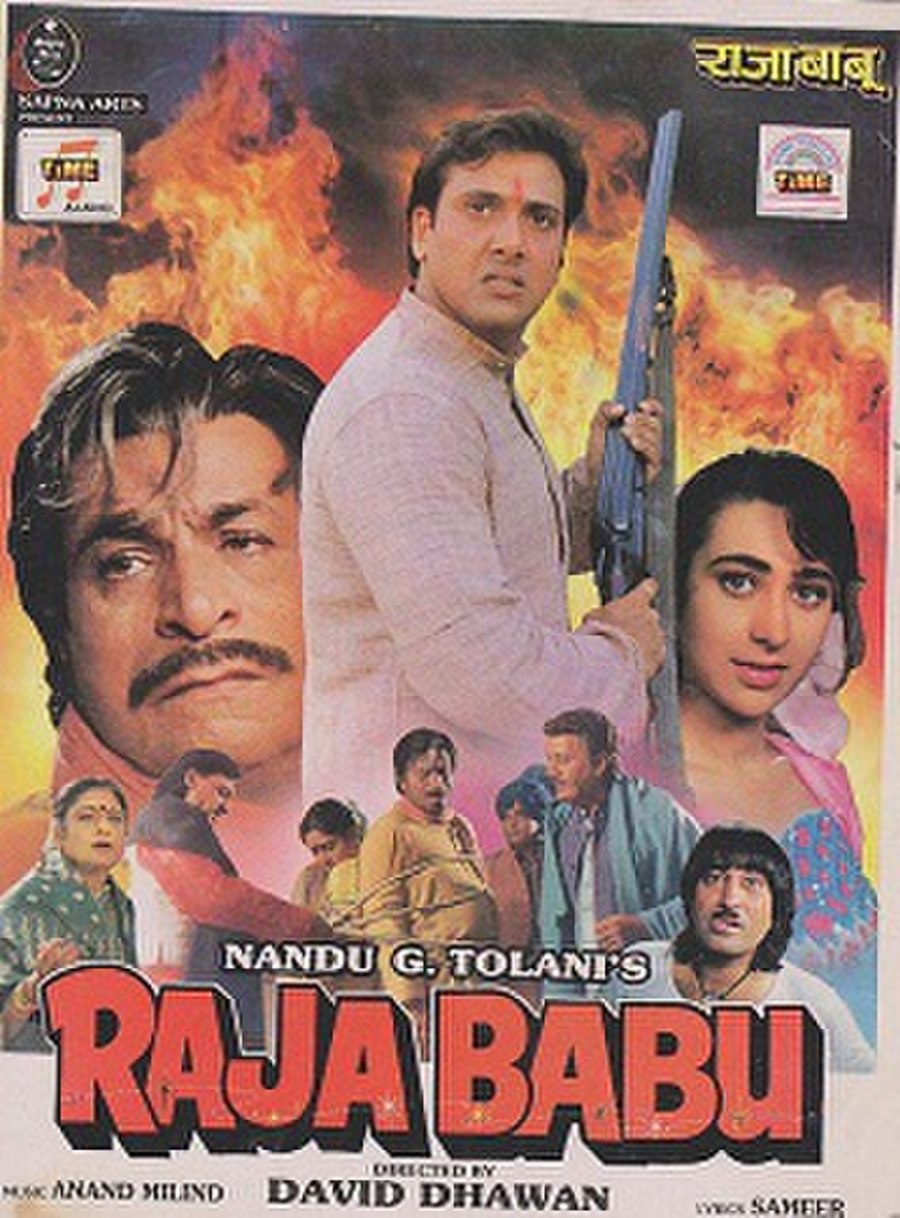 Raja Singh a.k.a Raja Babu(Govinda) is a poor orphan adopted by a wealthy village couple (Kader Khan and Aruna Irani). He is a typical country bumpkin, good-hearted but lacking in urban manners. His vanity, not discouraged by his mother's doting, leads him to have his photograph taken often at the village photo studio, each time in a different outfit. He is always accompanied by his sidekick Nandu, (Shakti Kapoor).