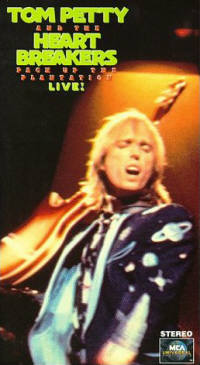 Pack up the Plantation Live! is a concert film featuring Tom Petty and the Heartbreakers. It was filmed at two concerts at the Wiltern Theatre in Los Angeles, California on August 6 & 7, 1985 during their Southern Accents Tour. It has yet to be released on DVD.