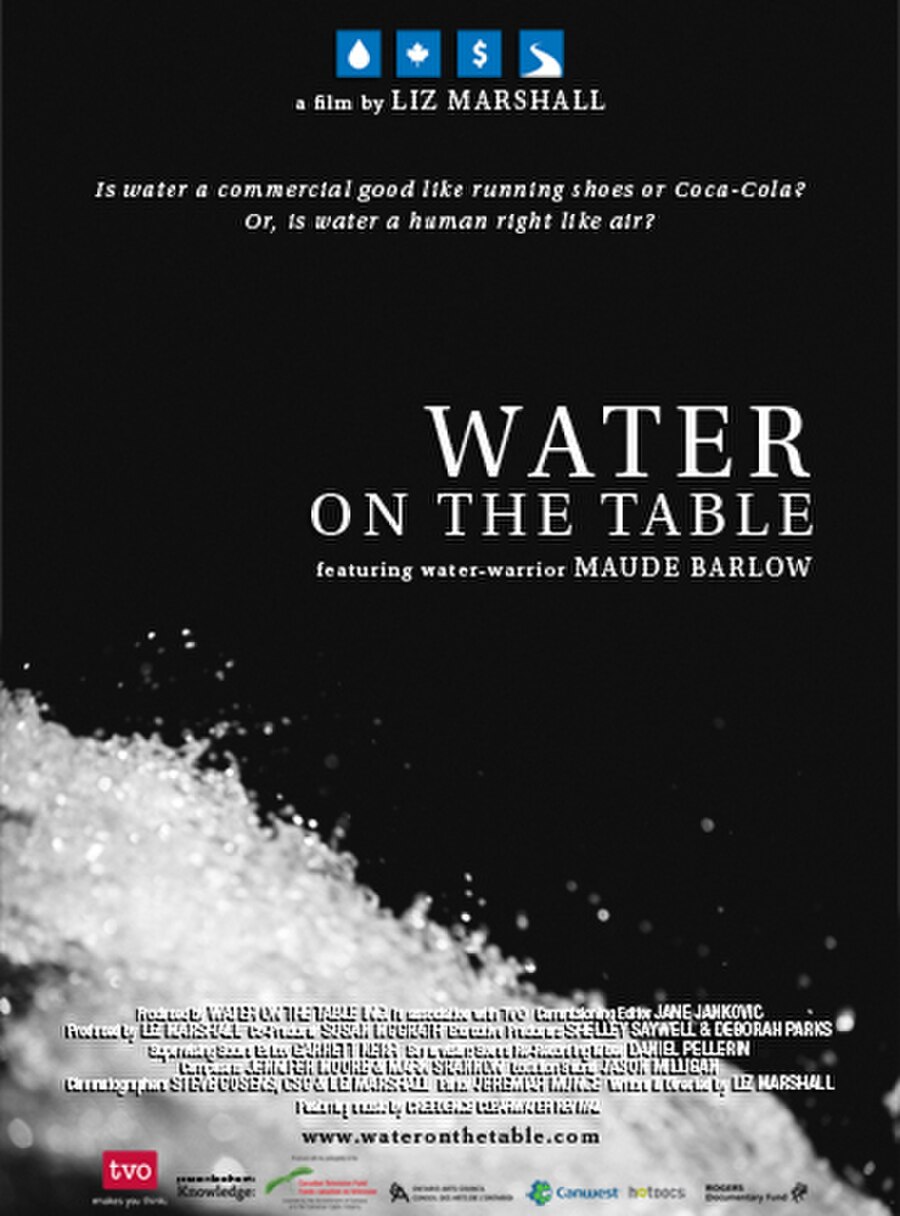 Water on the Table is a Canadian documentary film directed, produced and written by filmmaker Liz Marshall. The film explores Canada's relationship to its freshwater resources and features Canadian activist Maude Barlow in her pursuit to protect water from privatization. Counterbalancing Barlow's views are those of policy and economic experts who assert that water is a resource and a commodity like any other.