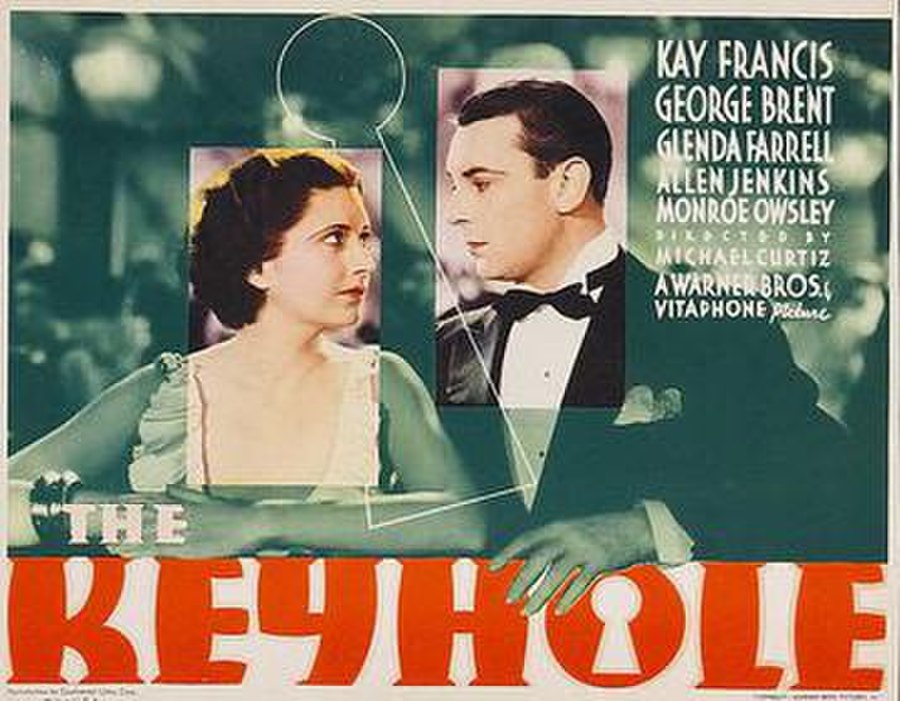 The Keyhole is a 1933 American pre-Code comedy-drama film directed by Michael Curtiz, starring Kay Francis, George Brent, Glenda Farrell and Allen Jenkins. It was released by Warner Bros. on March 25, 1933. A Woman with two husbands tries to divorce one of them by heading down to Havana where things get more complicated.

Anne Brooks (Kay Francis), wife of wealthy businessman Schuyler Brooks, is being blackmailed by her former husband Maurice Le Brun who never finalized their divorce and lied to her about it. Acting on advice from Brooks' sister, Anne books a cruise ship passage to Havana, Cuba, to lure Le Brun out of the United States so that he can be blocked from re-entering.