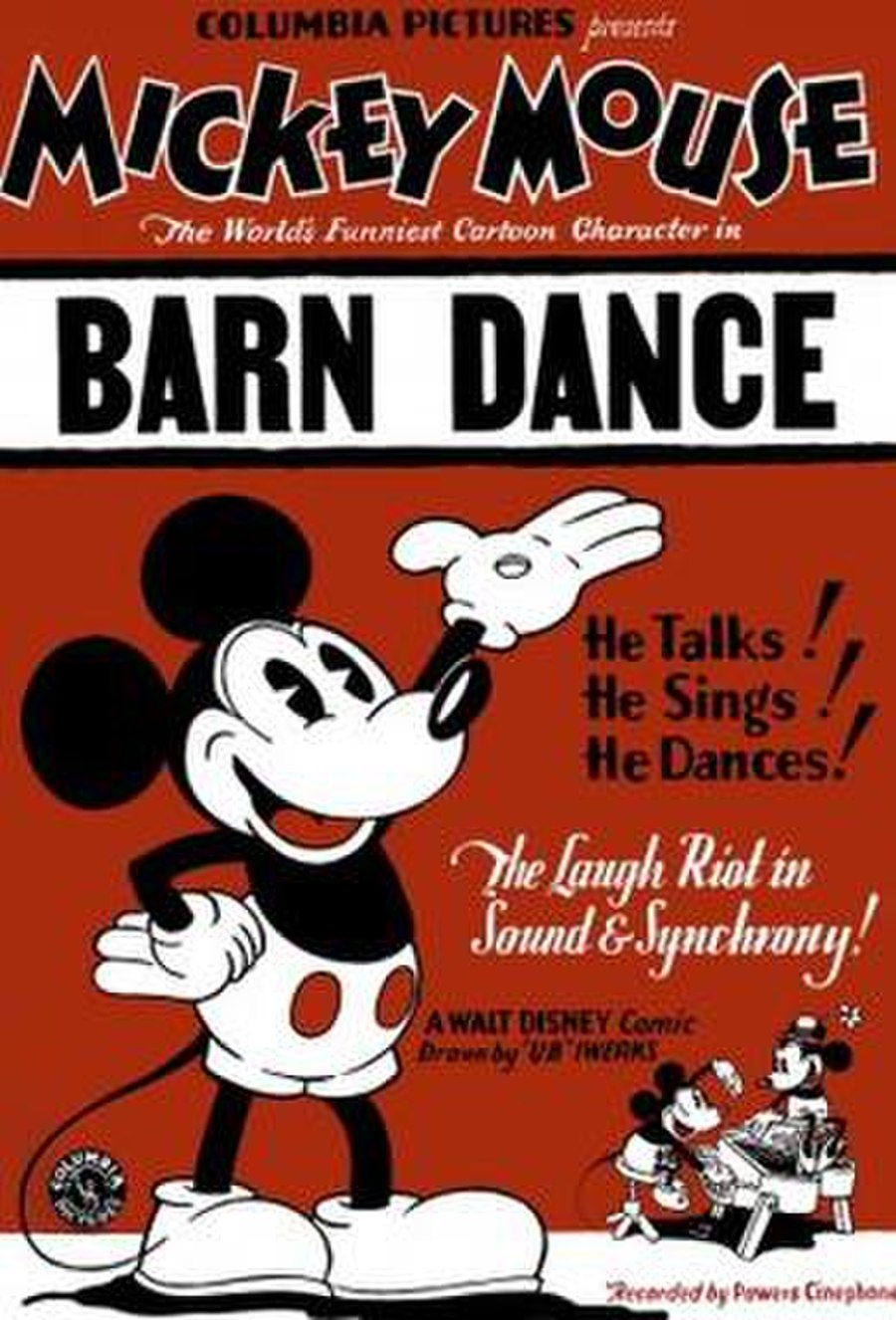 The Barn Dance is a Mickey Mouse short animated film first released on March 15, 1929, as part of the Mickey Mouse film series; it was the first of twelve shorts released during that year. It was directed by Walt Disney with Ub Iwerks as the head animator. The title is written as Barn Dance on the poster, while the full title is used on the title screen.

The barn dance of the title is the occasion which brings together Minnie Mouse and her two suitors: Mickey and Peg-Leg Pete. The latter two and their vehicles are first seen arriving at Minnie's house in an attempt to pick her up for the dance. Mickey turns up in his horse-cart while Pete in a newly purchased automobile.