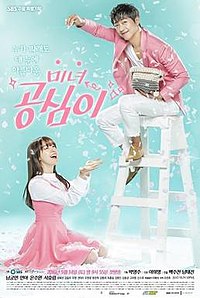 Gong Shim (Bang Minah) always feels over-shadowed by her older sister Gong Mi (Seo Hyo-rim) due to the way the people around her treat the siblings. The beautiful Gong Mi, who works at a top-notch law firm, becomes the breadwinner of the family, while Gong Shim, considered to be ugly and awkward, is jobless. Gong Shim had to use all of her money to rent a room on the roof top of the rented-house her family is living in, as her previous bedroom is being used as Gong Mi's walk-in closet.