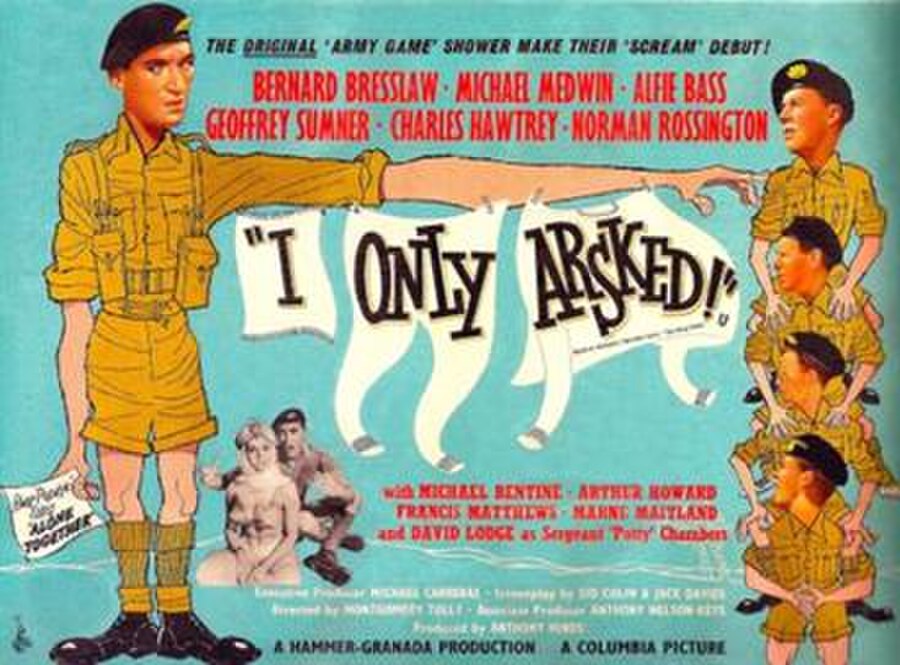 I Only Arsked! is a 1958 British comedy film directed by Montgomery Tully and starring Bernard Bresslaw, Michael Medwin and Alfie Bass. It was based on the television series The Army Game and was made by Hammer Films. Slapstick ensues when inept army recruits are transferred to a post in the Middle East.