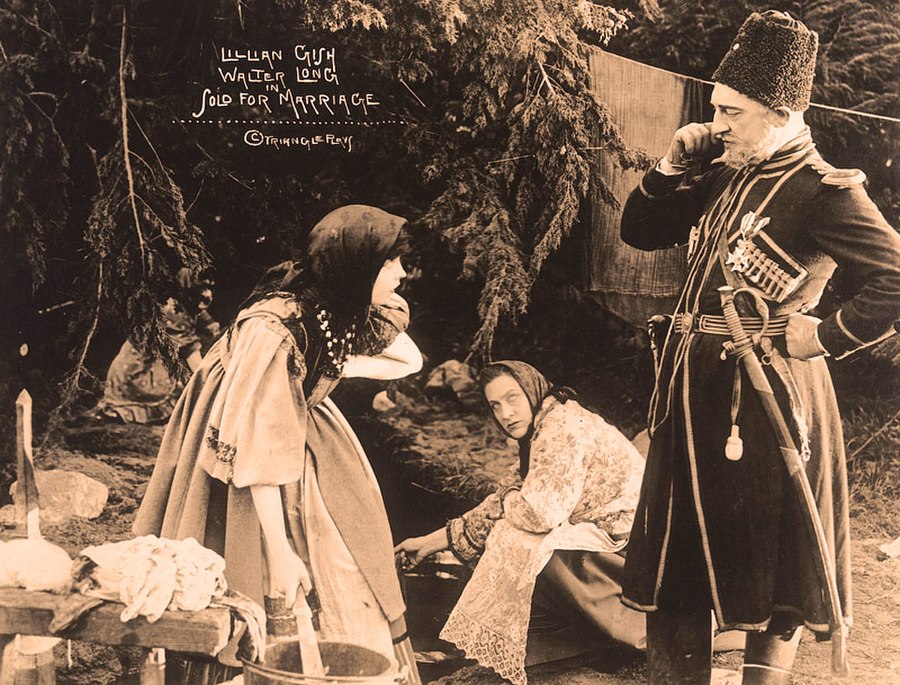 Sold for Marriage is a 1916 American drama film directed by Christy Cabanne for Triangle Film Corporation. Its working title was Marja of the Steppes. The plot concerns a beautiful young Russian village girl who is in love with a young but poor boy but whose guardian wants her to marry a rich old man that she does not love. When she refuses, her uncle arranges for her to be sold for marriage in America. An extant film, a copy preserved at the Library of Congress.