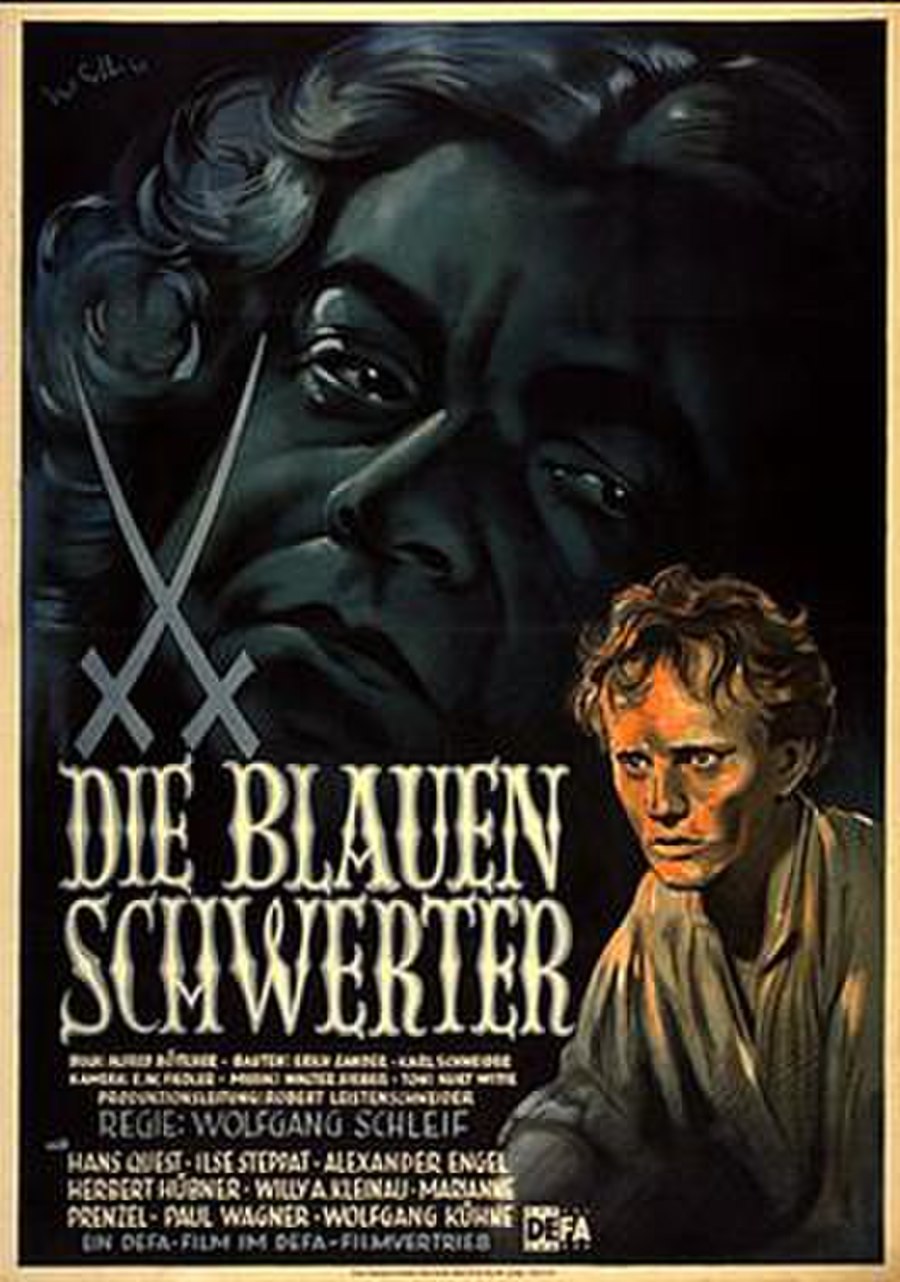 The Blue Swords is a 1949 East German historical drama film directed by Wolfgang Schleif and starring Hans Quest, Ilse Steppat and Alexander Engel. It sold more than 3,299,432 tickets. The film portrays the life of Johann Friedrich Böttger, an alchemist of the early eighteenth century who was held prisoner by the Elector of Saxony in order to discover the secret of gold production. Failing to accomplish this, which he knows to be impossible, he instead works to develop porcelain. The title refers to the symbol of Meissen, a pair of crossed swords. His story had previously been turned into a 1935 film The King's Prisoner, released during the Nazi era.