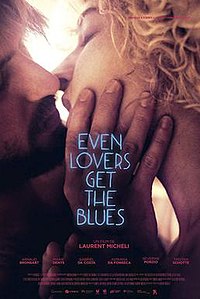 Even Lovers Get the Blues 2016

Even Lovers Get the Blues is a 2016 Belgian drama film written and directed by Laurent Micheli. It explores themes about gender and sexuality, and features a cast of actors in their first major film role. The film had its world premiere at the 2016 Namur International Film Festival, where it received the Critics Prize.