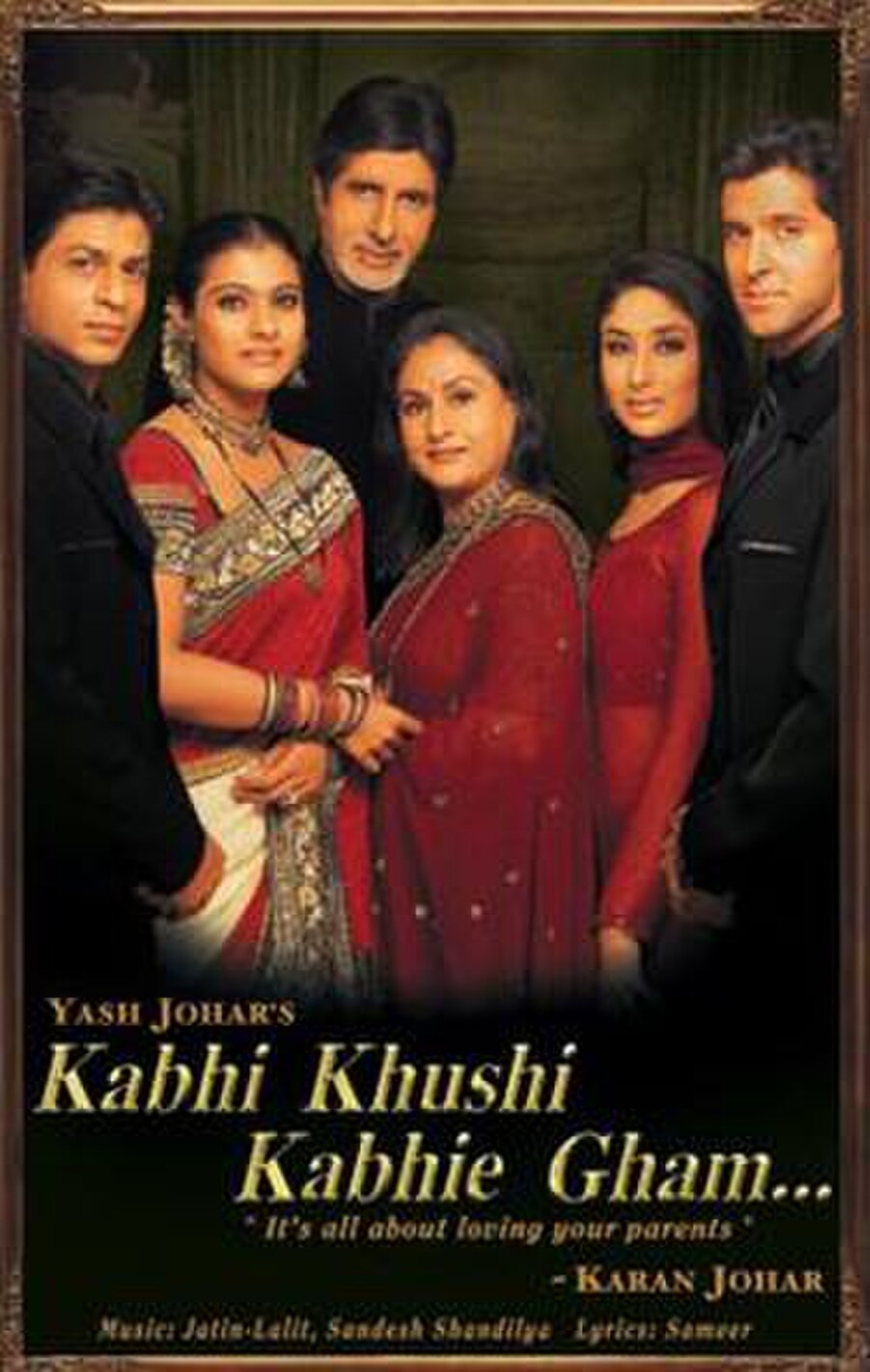 Kabhi Khushi Kabhie Gham..., also known as simply K3G, is a 2001 Indian Hindi-language melodrama film written and directed by Karan Johar and produced by Yash Johar. The film stars Amitabh Bachchan, Jaya Bachchan, Shah Rukh Khan, Kajol, Hrithik Roshan and Kareena Kapoor. Rani Mukerji also appears in a special appearance. The score was composed by Babloo Chakravarty. The film's songs were composed by Jatin–Lalit, Sandesh Shandilya and Aadesh Shrivastava, with lyrics by Sameer and Anil Pandey. The film tells the story of an Indian family, which faces troubles and misunderstandings over their adopted son's marriage to a girl belonging to a lower socio-economic group than them.

Yashvardhan "Yash" Raichand is a billionaire business tycoon living in Delhi with his wife Nandini and sons Rahul and Rohan. The Raichand household is highly patriarchal and strictly follows traditions. Rahul is the elder son and was adopted by Yash and Nandini at birth. This is known to everyone in the household except Rohan.