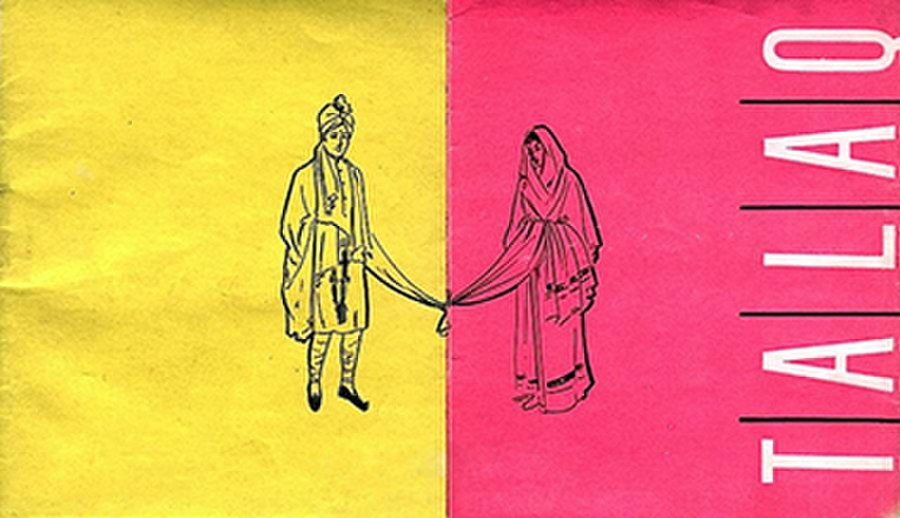 Talaq is a 1958 Indian Bollywood drama film starring Rajendra Kumar and produced by Anupam Chitra studios. Director Mahesh Kaul was nominated for a Filmfare Award for Best Director and the film was also nominated for a Filmfare Award for Best Movie. The music is by C. Ramchandra. Playback singers for the film include Asha Bhosle and Manna Dey with songs such as "Mere Jeevan Me" and "Zuk Gayi Dekho Garda" . Art direction for the film was conducted by Biren Nag and it was shot in Ranjit Studios in Bombay.

The film begins with school teacher Indu (Kamini Kadam) in her school. She lives with her eccentric check-suited unemployed father, Moolchand Chabbe (Radhakrishan). She falls in love with Ravi Shankar Chaube (Rajendra Kumar), a poet and an engineer, after hearing him singing patriotic songs during an Independence day celebration. He moves in to live in the room beneath their apartment. They marry, and Indu quits her job to raise a son named Ashoo. The marriage becomes difficult when Moolchand borrows money from Ravi and loses it gambling. Indu is forced to return to her old job and faces the prospect of a divorce.