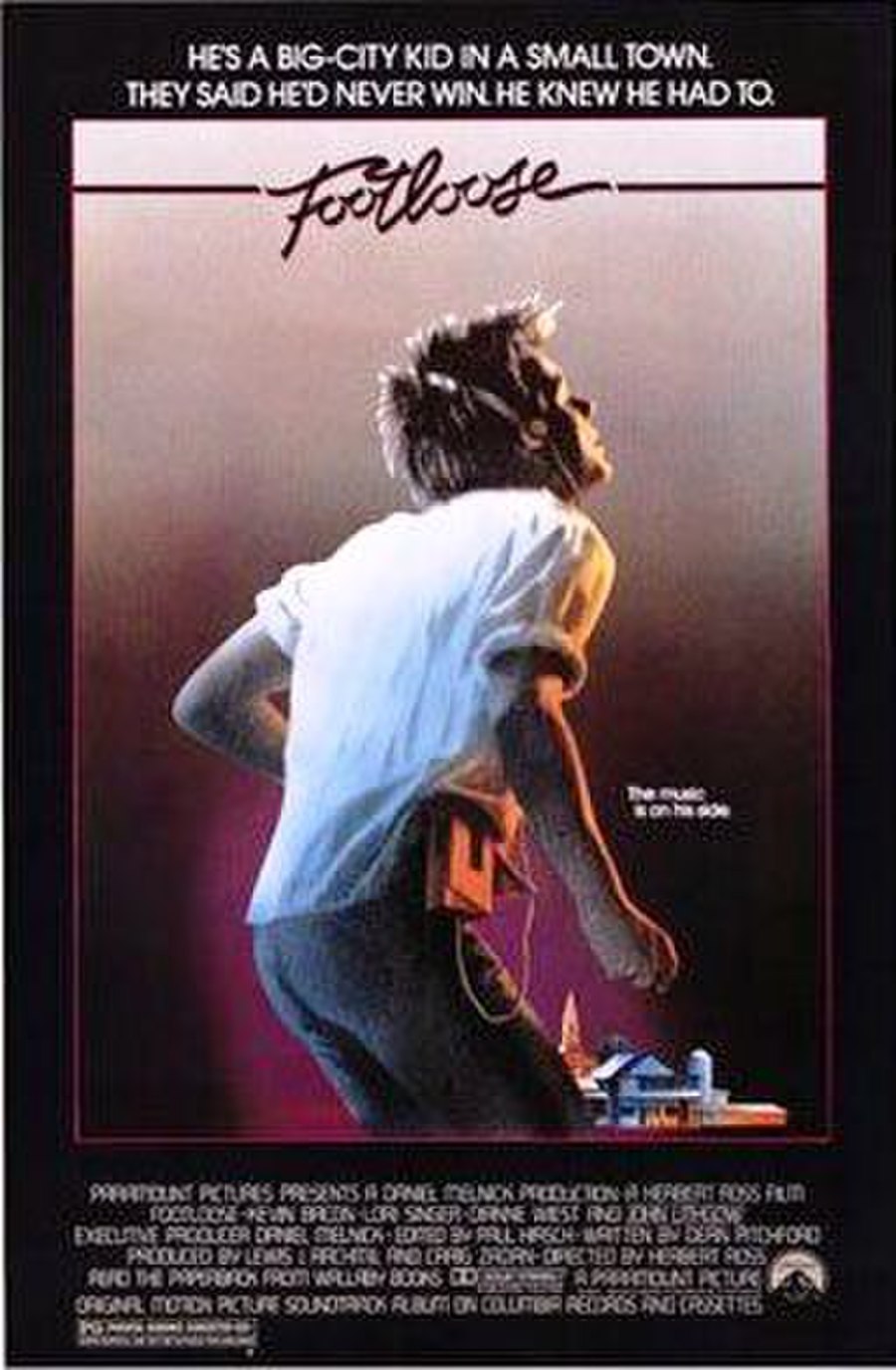 Footloose is a 1984 American musical drama film directed by Herbert Ross. It tells the story of Ren McCormack (Kevin Bacon), a teenager from Chicago who moves to a small Midwestern town where he lives with his mother, aunt, and uncle. Throughout the film, McCormack is seen attempting to overturn the ban on dancing, which resulted from the efforts of a local minister (John Lithgow).

Chicago native Ren MacCormack and his mother Ethel move to the small town of Bomont to live with Ren's aunt and uncle in the rural Midwest. While attending church, Ren meets Rev. Shaw Moore, his wife Vi, and daughter Ariel. Ariel recklessly endangers her life as a form of rebellion due to her dad's strict religious nature, much to the ire of her friends and boyfriend Chuck Cranston.