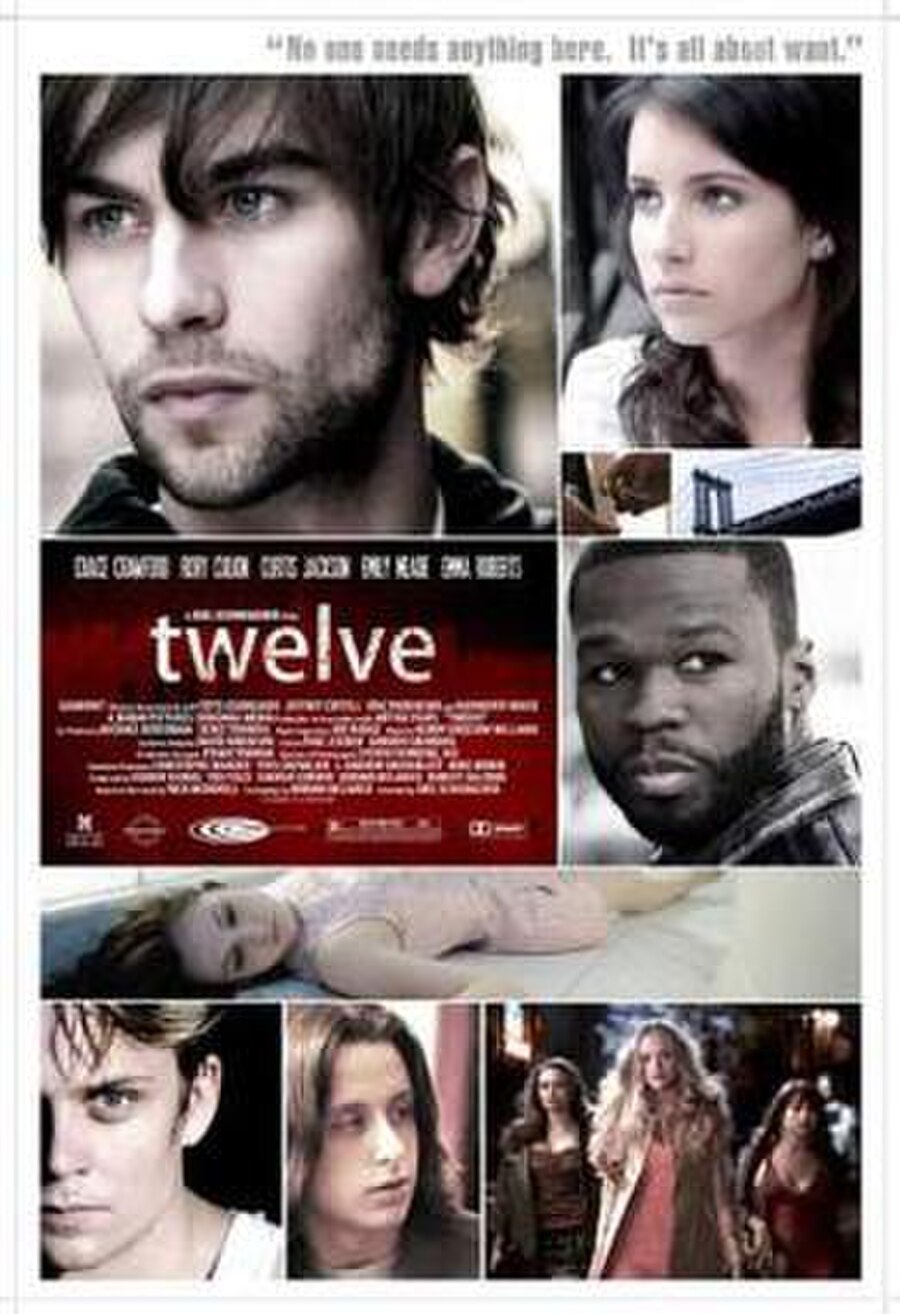 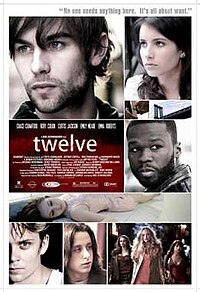 Twelve is a 2010 American-French action drama teen film directed by Joel Schumacher and distributed by Hannover House. It was written by Jordan Melamed and is based on Nick McDonell's 2002 novel of the same name. Its story follows a young drug dealer whose luxurious lifestyle falls apart after his cousin is murdered and his best friend is arrested for the crime. It stars Chace Crawford, Rory Culkin, Curtis Jackson, Emily Meade, Emma Roberts, and Erik Per Sullivan.

On the Upper East Side, White Mike, once a wealthy, carefree teenager, now struggles to scrape out a living as a pot dealer; he deals to his former classmates. His mother died a year prior, her treatment consuming his family's wealth and leaving Mike emotionally scarred. Mike's good friend, Molly, does not know he is a drug dealer. Mike's supplier, Lionel, also deals with addictive drug cocktail "Twelve" to Mike's cousin, Charlie. Charlie attempts to mug Lionel, since he is unable to pay for the drug. Lionel shoots Charlie and shoots an innocent observer, Nana. Mike and Charlie's good friend, Hunter, is taken into custody for the murders.