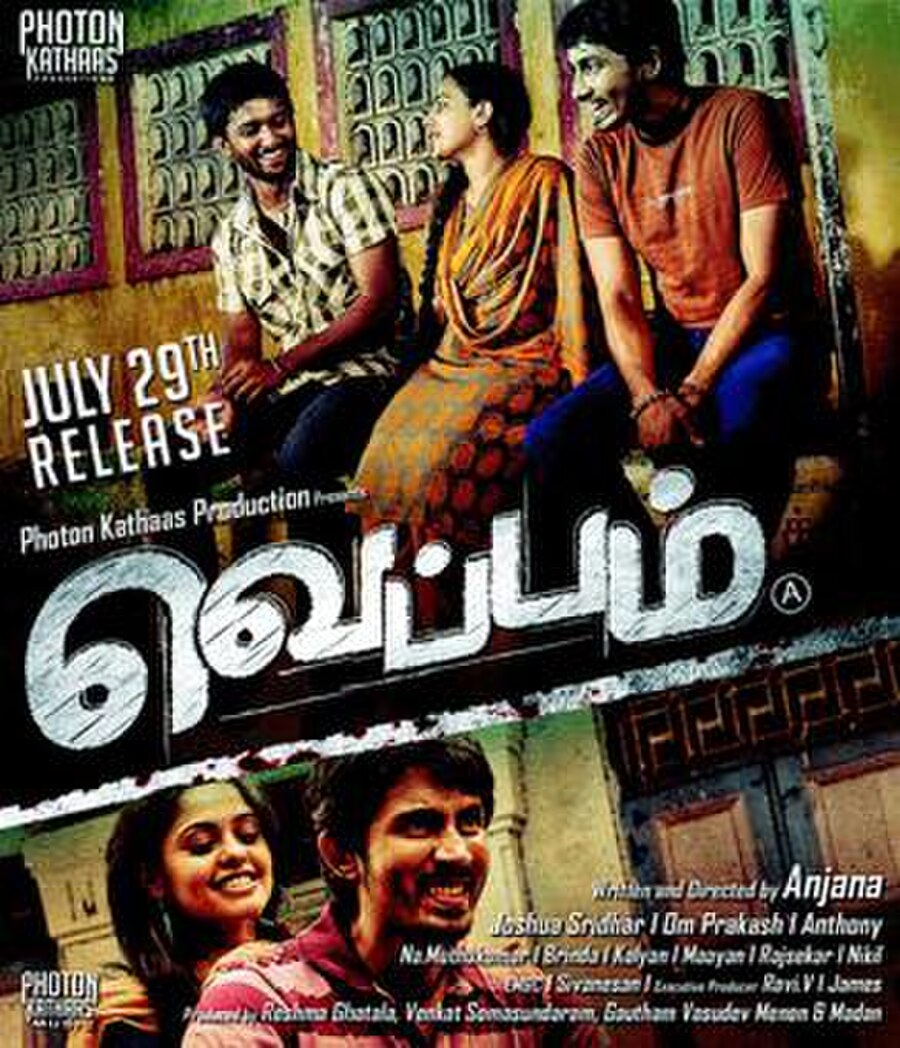 Veppam is a 2011 Indian Tamil-language action thriller film written and directed by newcomer Anjana Ali Khan, starring Nani, Nithya Menen, Karthik Kumar, and Bindu Madhavi. The story narrates events from the slum areas of Chennai, showcasing characters and their struggles. The film, jointly produced by Gautham Menon's Photon Kathaas and R. S. Infotainment, had been in production for over one year. The film released on 29 July 2011, while a dubbed Telugu version, titled Sega, released simultaneously in Andhra Pradesh. Veppam received mixed reviews, as Nani's performance in this action thriller was praised.

The film starts by showing a girl named Revathy (Nithya Menen) forwarding towards the beach and drowning herself in it. The film is then set 18 years back in a slum in Chennai. Balaji (Muthukumar)'s mother dies and his father Jyothi (Sheimour), a drunkard, leaves him on the streets. He works hard and ensures a decent living for his younger brother Karthik (Nani) with the help of Revathy's father. Karthik, who studies in an engineering college, spends all his time with his friend Vishnu (Karthik Kumar), who is also brought up in the locality. Revathy in the neighbourhood loves Karthik. Revathy, Karthik and Vishnu are close friends. Vishnu also owns a mechanic shop but is not generating enough income. Vishnu's guardian pesters Vishnu to sell it and to look for a decent job which generates enough income to ensure financial security for the foreseeable future but Vishnu refuses as the shop is the only surviving memory of his late father.