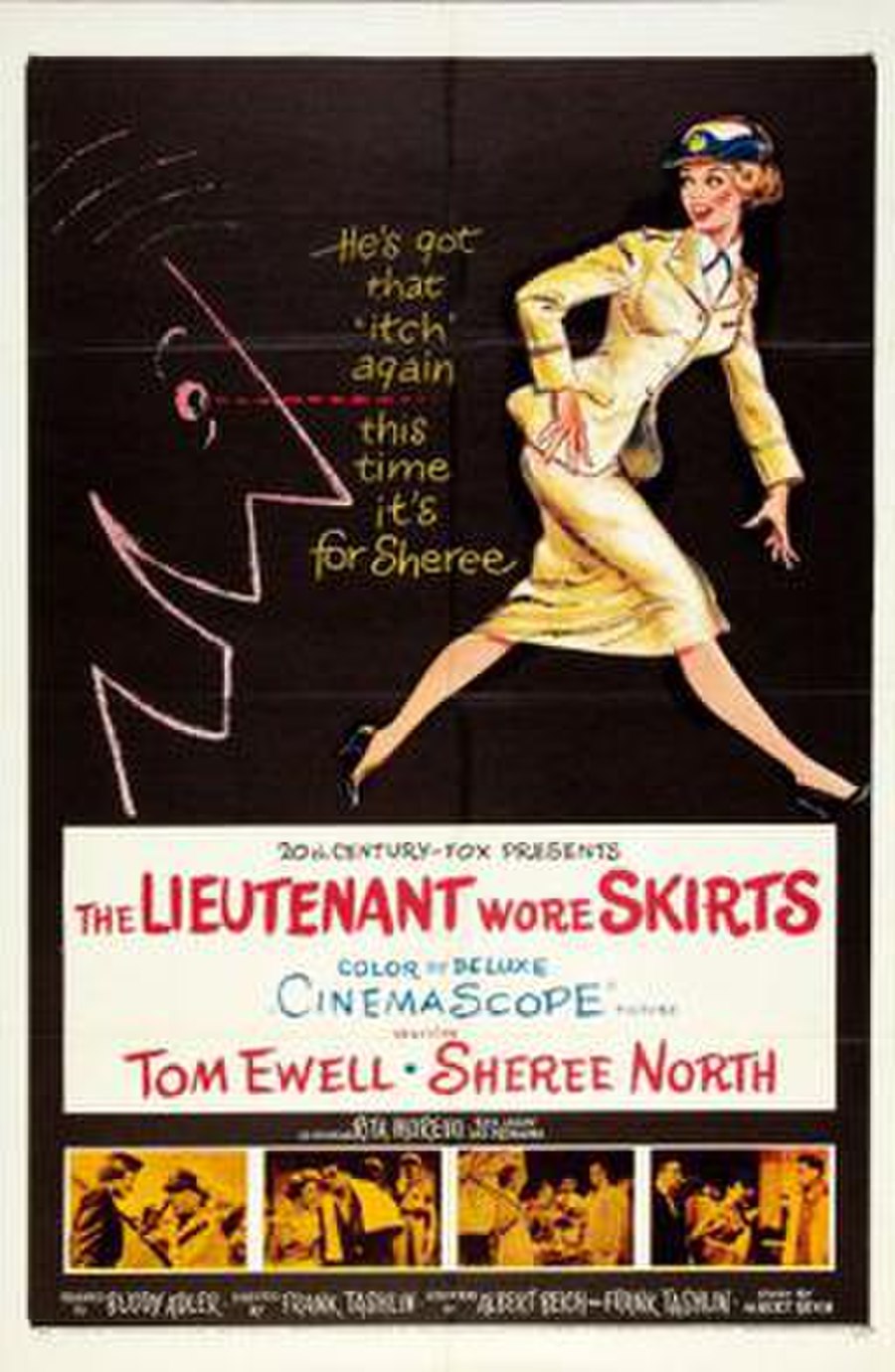 The Lieutenant Wore Skirts is a 1956 comedy film directed by Frank Tashlin and starring Tom Ewell, Sheree North, and Rita Moreno. It is a comedy about a man whose marriage begins to fail when his wife enlists.

TV writer Greg Whitcomb did his military service heroically but now has settled into everyday life with a young wife, Katy. A letter from the war department arrives that Katy believes is calling Greg back to active duty from the Air Force reserve, but she hides it during a party celebrating their wedding anniversary.