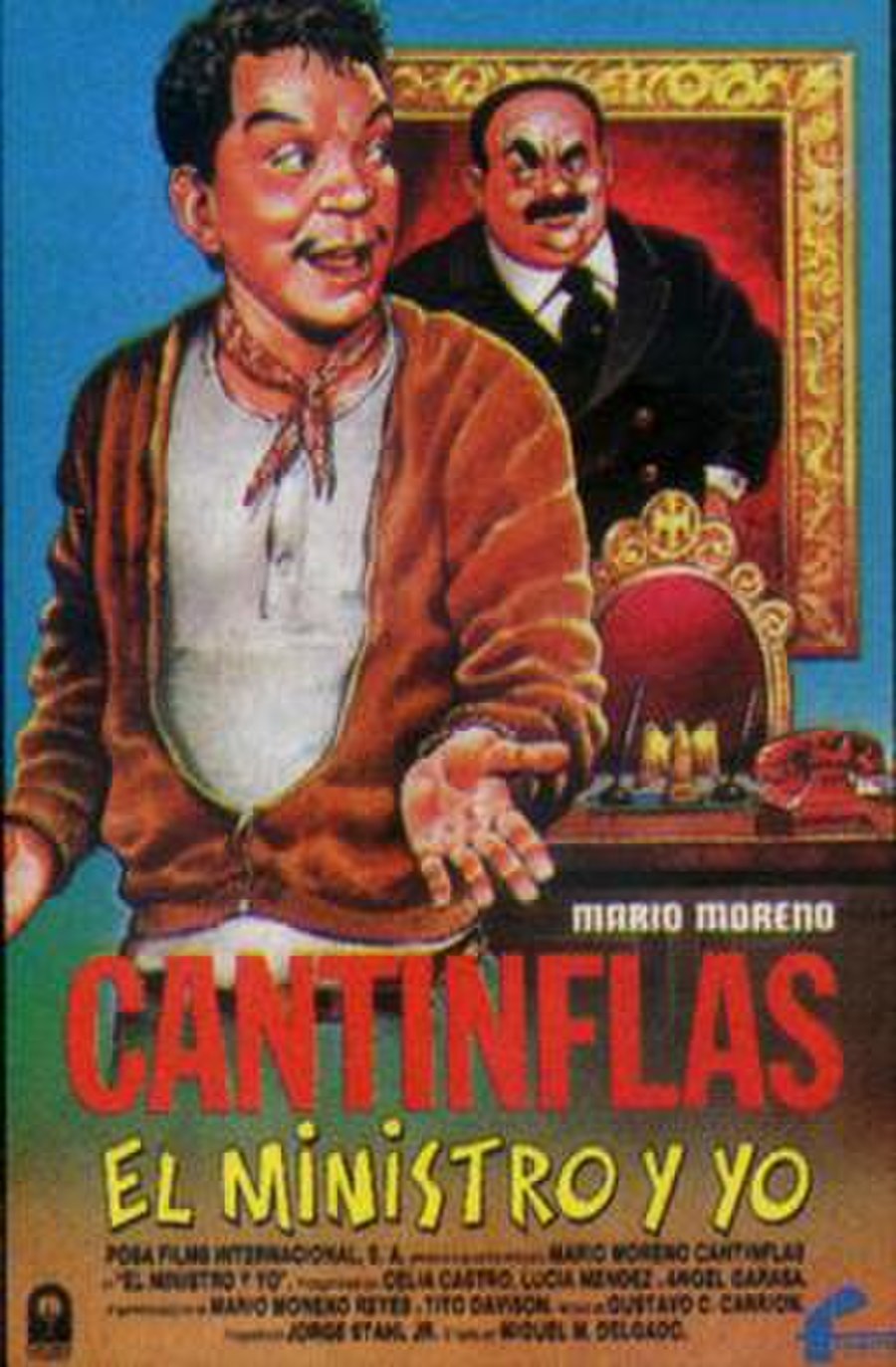 El ministro y yo is a 1976 Mexican film directed by Miguel M. Delgado and starring Cantinflas, Chela Castro, Lucía Méndez and Ángel Garasa. It is the last film in which Cantinflas acted alongside Garasa.

Mateo Melgarejo "Mateito" (Cantinflas) is a notary public and scribe for the illiterate people of Santo Domingo, a neighborhood north of Mexico City's Zócalo. A squatter friend asks for his help in negotiating with the land census bureau to regularize a land title. After a great deal of frustration with the government bureaucracy, he writes a letter to the cabinet minister, Don Antonio (Miguel Manzano), earning an audience with him. The minister is so pleased with Mateo's honesty that he hires him to reform the bureau. Mateo also ends up making friends with the minister's sister Vicky (Chela Castro) and the minister's daughter Bárbara (Lucía Méndez).