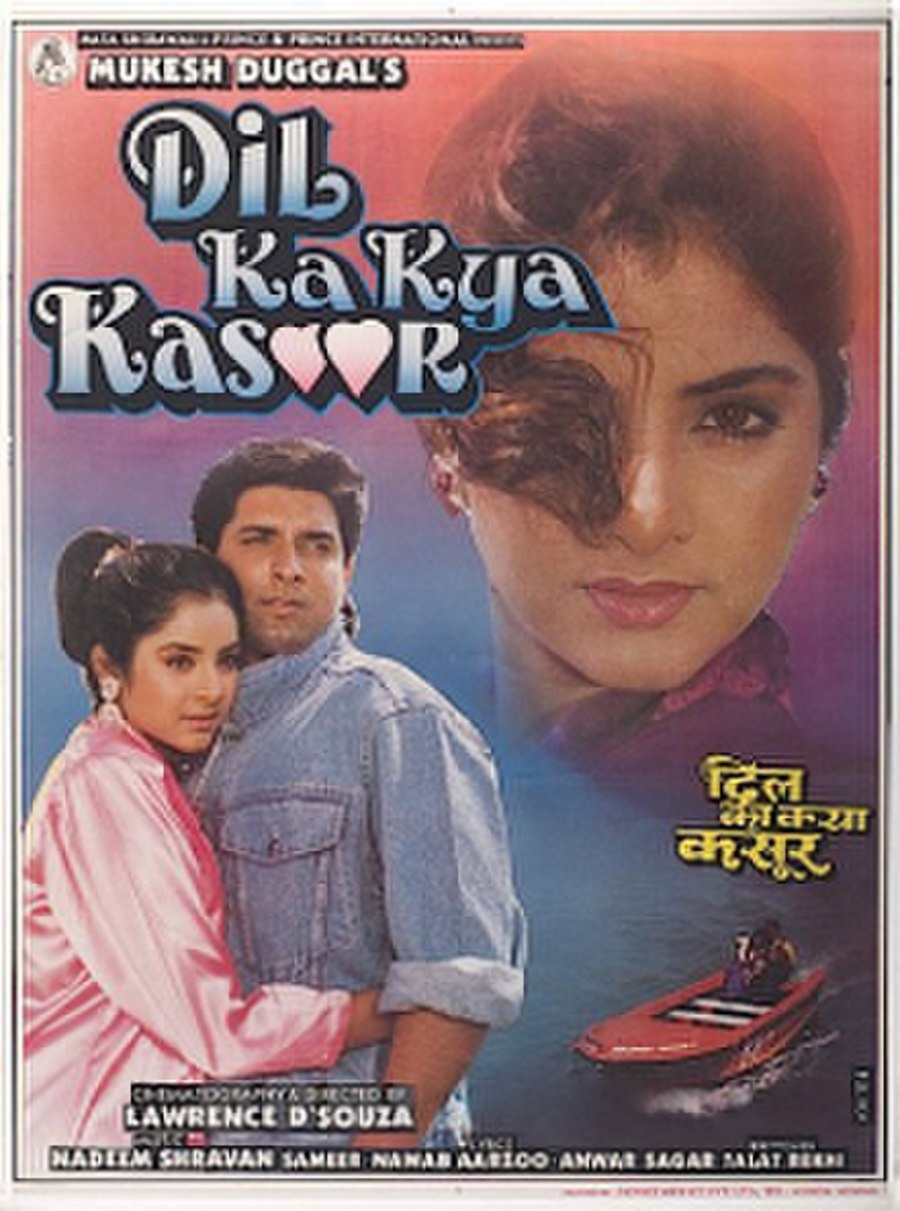 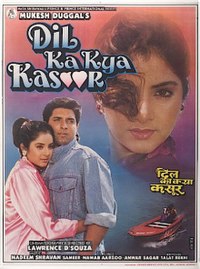 Dil Ka Kya Kasoor, is a 1992 Hindi-language romantic drama film, starring Divya Bharti and Prithvi in leading roles, and Suresh Oberoi and Sanam in supporting roles. The music of the film, from the duo Nadeem-Shravan, was an instant hit due to its catchy melodies.

Shalini (Divya Bharti) is the only sister of a rich businessman, Rajesh Saxena, (Suresh Oberoi), who is a much older character in the movie, and more like a father figure to his sister Shalini. Shalini falls in love with her classmate, Arun Kumar (Prithvi) after he performs a song which was authored by her under a pseudonym. But she doesn't tell Arun about this because he doesn't like her; he thinks Shalini is a spoiled rich girl; she had behaved thus a few times with him and some others. Without disclosing his own identity or purpose, Shalini's brother Rajesh goes to meet Arun, only to find out that he is an orphan, is from an underprivileged background and is living in a hostel room, since he doesn't have a house of his own. Arun also rejects any help from Rajesh, as he would prefer to face the world on his own.