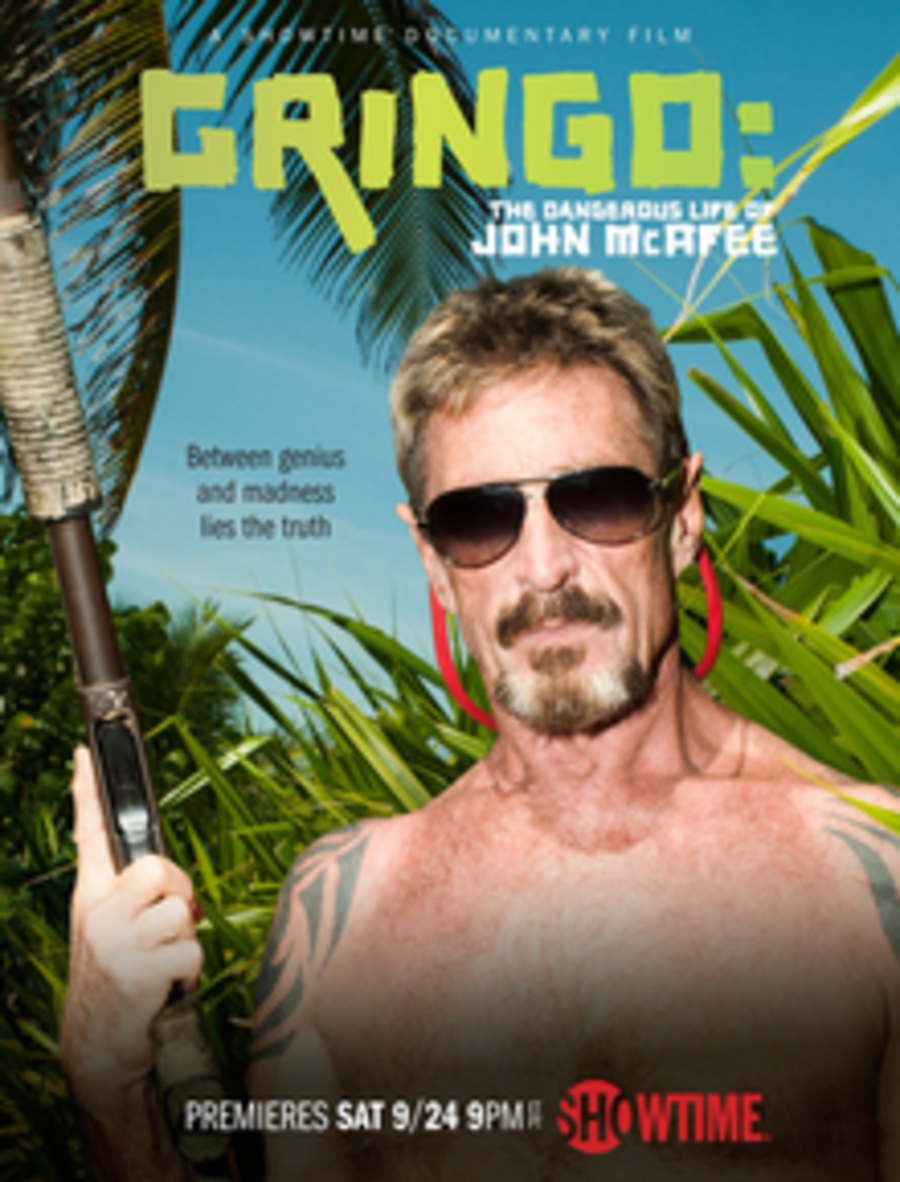 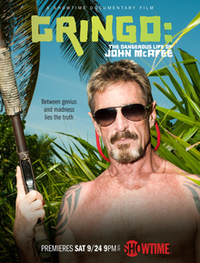 Gringo: The Dangerous Life of John McAfee is a 2016 American documentary film about the portion of John McAfee's life spent in Belize. The film was directed by Nanette Burstein and had its world premiere at the Toronto International Film Festival on September 11, 2016, before airing on Showtime on September 24, 2016.