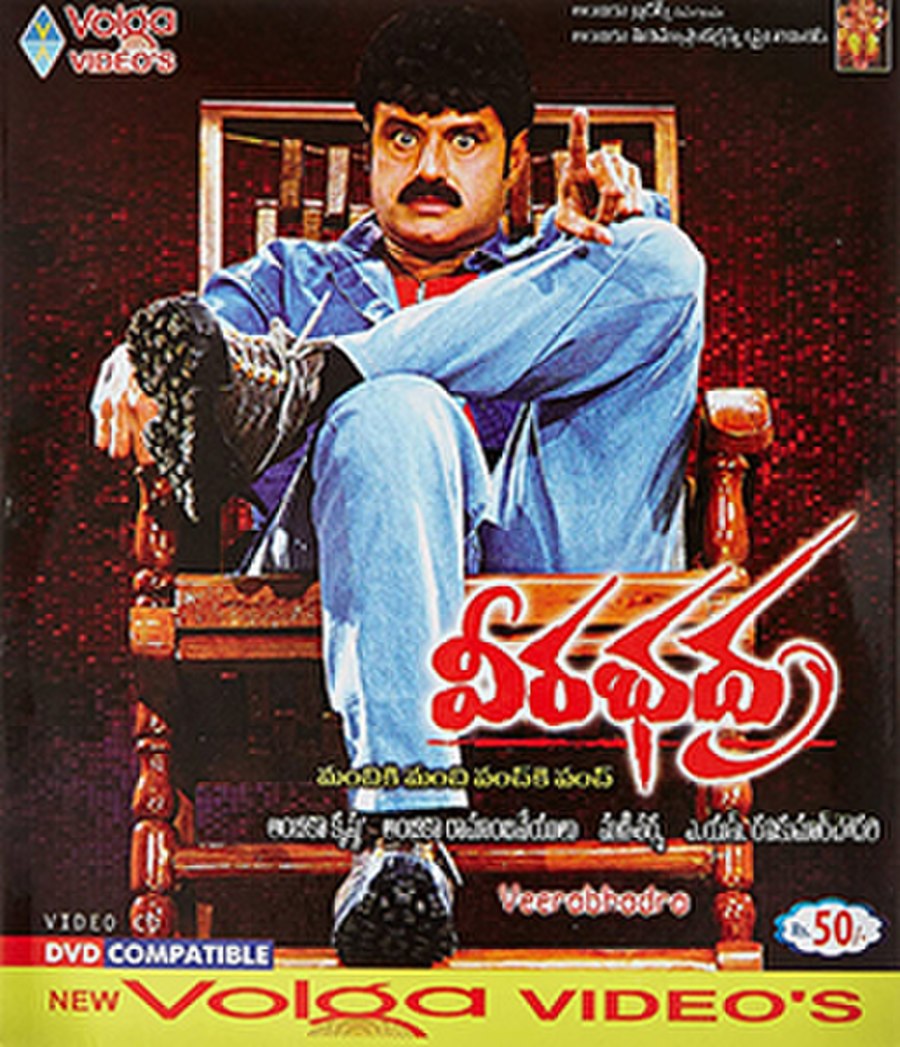 Veerabhadra is a 2006 Telugu-language action film produced by Ambica Krishna and Ambica Ramanjaneyulu under the Ambika Cinema Productions banner, directed by A. S. Ravi Kumar Chowdary. It stars Nandamuri Balakrishna, Tanushree Dutta and Sada in the lead roles, with music composed by Mani Sharma. The film was recorded as a Flop at the box office.

Murali (Balakrishna) is pursued by Peddiraju's (Sayaji Shinde) brothers, who are cooling his heels in jail. We are not told why they are looking after him. Murali is the loving brother of a handicapped woman, whom he carries to the college every day. Of course, he has fun escapades with Ashta Lakshmi (Sadha). And slowly but surely, we are led into Murali's past and as to what happened between him and the arch villain. It had something to do with Peddaraju's sister Malathi (Tanushree Dutta).