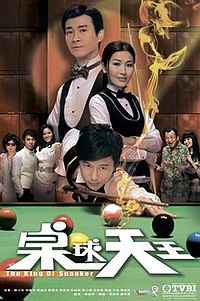 The King of Snooker (Traditional Chinese: 桌球天王) is a TVB television drama miniseries revolving around the sport of snooker in Hong Kong. It was originally broadcast by the network in 2009, from 30 March through 24 April, and subsequently re-released on DVD in several translations.