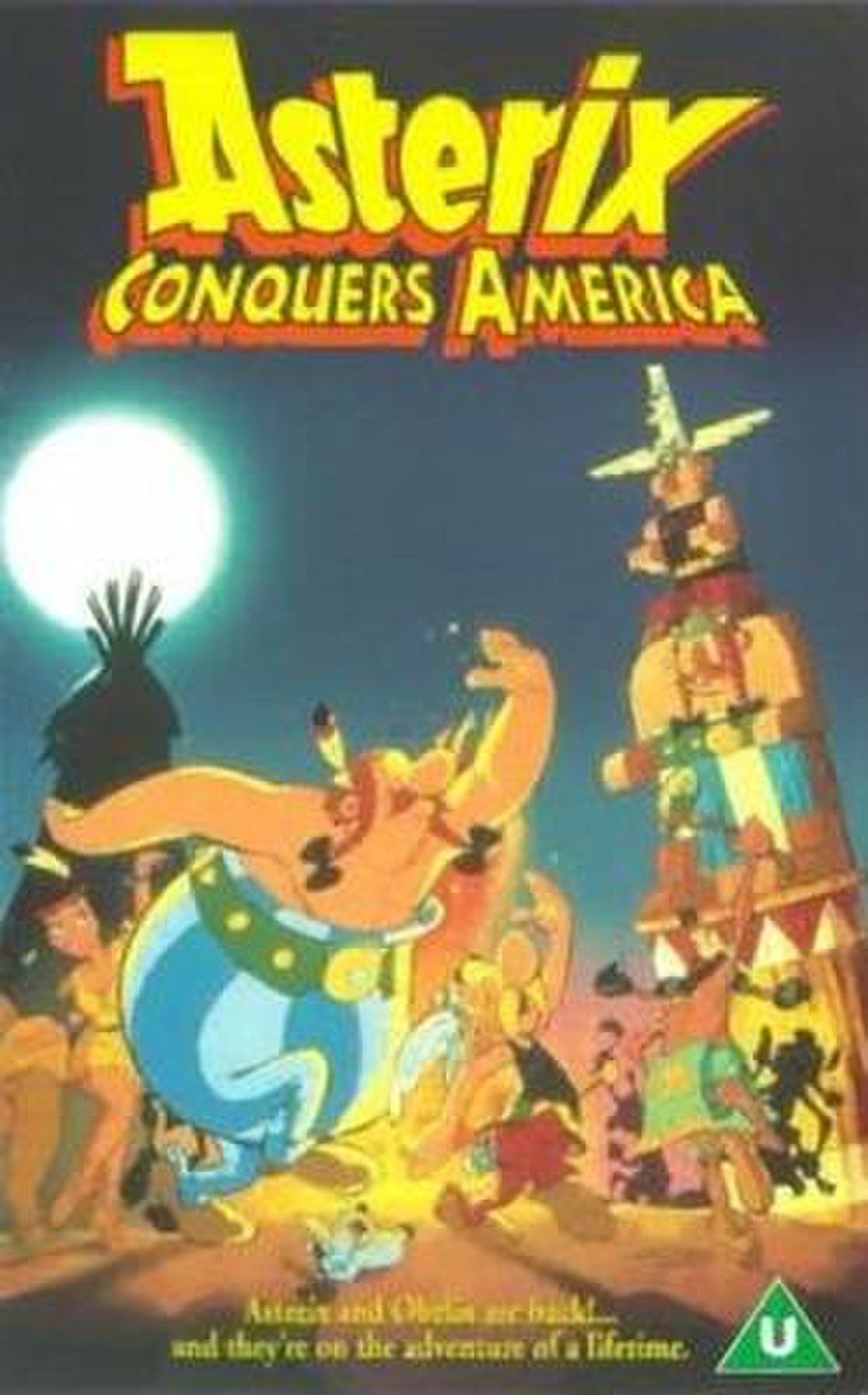 Asterix Conquers America is a 1994 French and German animated film produced by and , the latter of whom also directed it. It was produced in Germany, under the title of Asterix in Amerika, and is the first Asterix film to be produced outside France, which refers to it as Astérix et les Indiens. The movie's plot is loosely adapted from the comic Asterix and the Great Crossing, with a number of changes to it. While the film was distributed in Germany by Jugendfilm, 20th Century Fox handled its distribution in France and the United Kingdom. As of 2019, this film has yet to be officially released in the United States.

After the rebel village of Gauls defeat another army of Romans, Julius Caesar faces embarrassment when news of their victory is announced in the presence of his senators. Angered, he decides the village must be cut off from the magic potion that gives them super-human strength. Caesar orders Lucullus, a loyal patrician, to kidnap Druid Getafix and send him off the edge of the world. Following another fight amongst the villagers, Unhygienix accidentally spills a cauldron of potion Getafix was making. Although there is a small amount left, Getafix is forced to locate ingredients to make more, with Dogmatix accompanying him. Taking advantage of this, Lucullus pretends to be a druid in order to entrap him, whereupon he brings both him and Dogmatix aboard a Roman galley. Asterix and Obelix, helping to get him fish for the potion, spot him being taken away, and proceed to pursue after him over the Atlantic Ocean.