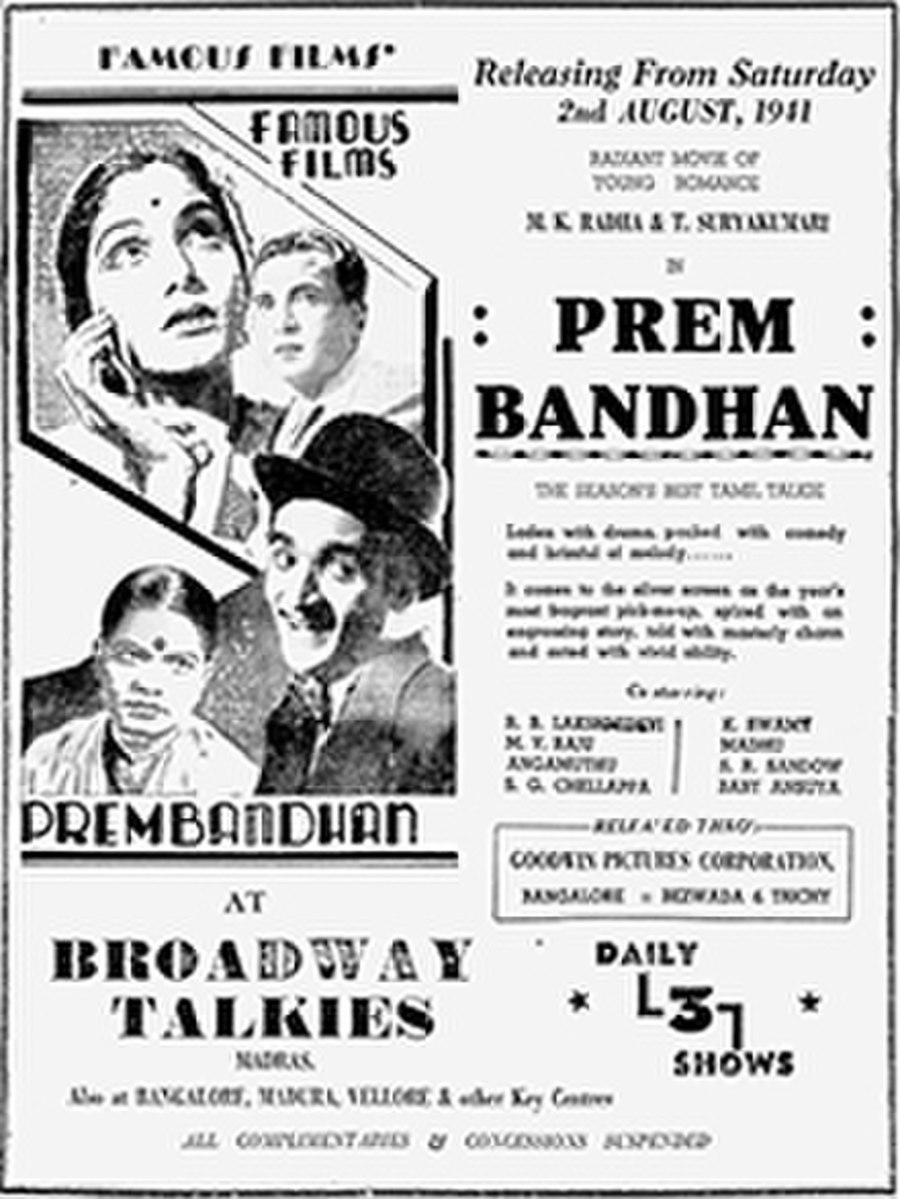 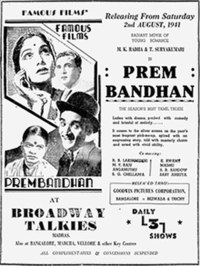 Prem Bandhan is a 1941 Indian Tamil-language romantic drama film directed by Bhagwan and produced by Famous Films. The film stars M. K. Radha, T. Suryakumari, R. B. Lakshmi Devi and K. K. Swami. It was released on 2 August 1941 and became a commercial success.

Ananthu falls in love with two women, Lalitha and Neela. Bhaskar, a wealthy man, is also in love with Neela and tries to end her romance with Ananthu. Neela meets with a car accident and, to the surprise of everyone, reveals in her dying breathing that she had planned the accident so that Lalitha could marry Ananthu.