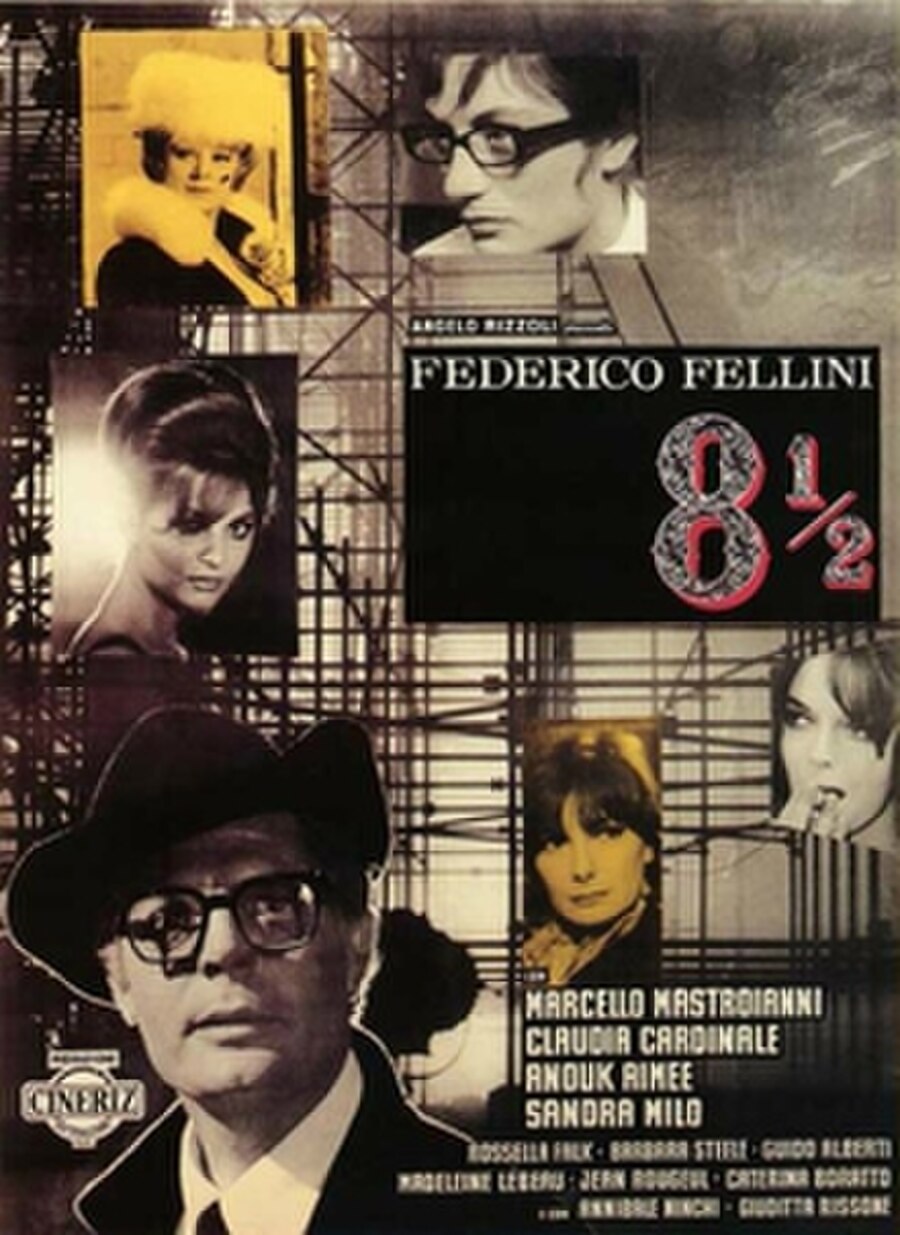 Guido Anselmi (Marcello Mastroianni), a famous Italian film director, is suffering from "director's block". Stalled on his new science fiction film that includes thinly veiled autobiographical references, he has lost interest amidst artistic and marital difficulties. While attempting to recover from his anxieties at a luxurious spa, Guido hires a well-known critic (Jean Rougeul) to review his ideas for his film, but the critic blasts them as weak, intellectually spineless, and confusing. Meanwhile, Guido has recurring visions of an Ideal Woman (Claudia Cardinale), which he sees as key to his story. His vivacious mistress Carla (Sandra Milo) comes from Rome to visit him, but Guido puts her in a separate hotel and mostly ignores her. The film production crew relocates to Guido's hotel in an attempt to get him to work on the film, but he evades his staff, ignores journalists, and refuses to make decisions, not even telling actors their roles. As the pressure mounts to begin filming, Guido retreats into childhood memories: spending the night at his grandmother's villa, dancing with a prostitute (Eddra Gale) on the beach as a schoolboy, and being punished by his strict Catholic school as a result. The film critic claims that these memories are too sentimental and ambiguous to be used in Guido's film.