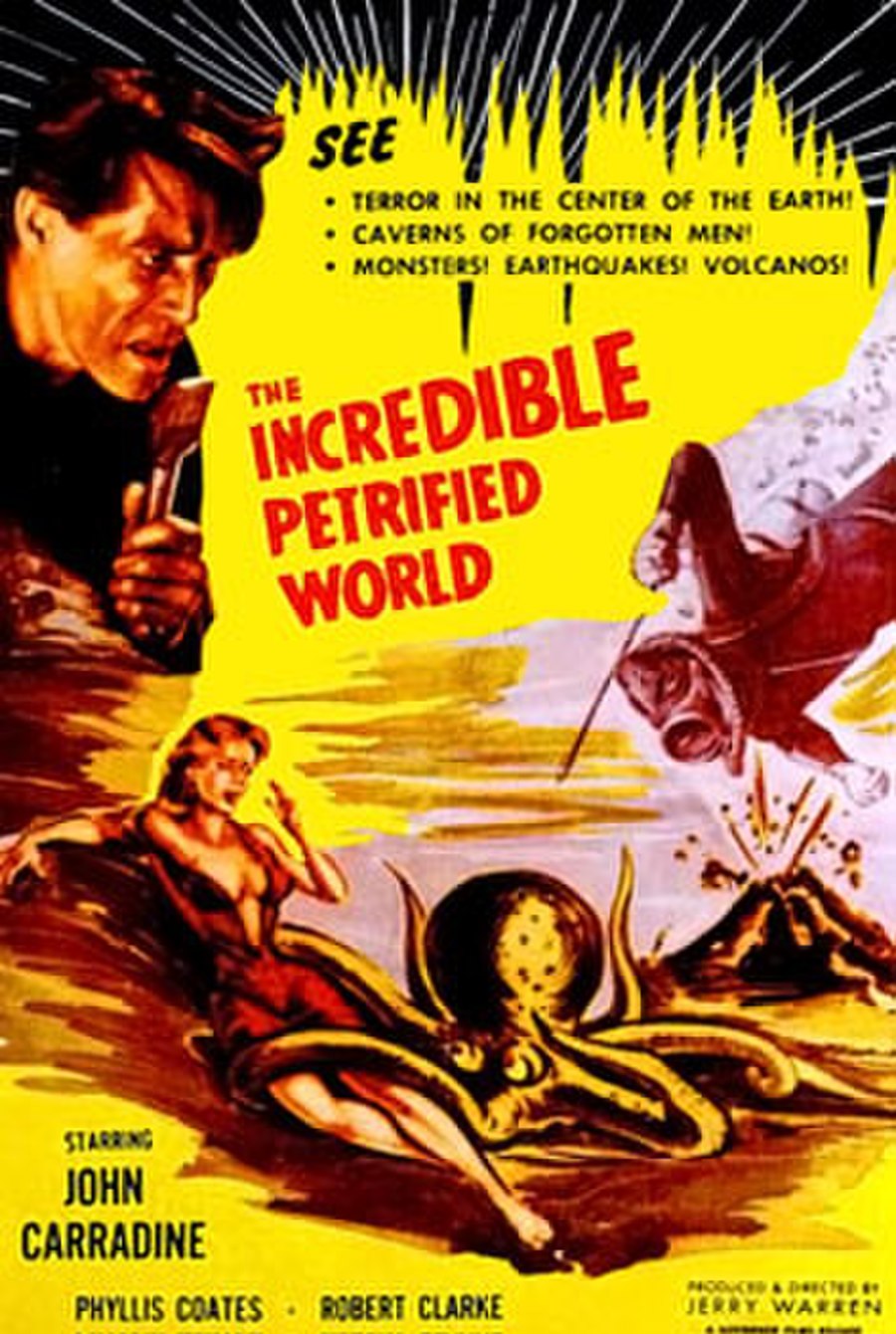 The Incredible Petrified World is a 1960 science fiction film directed by Jerry Warren and starring John Carradine and Robert Clarke. The film is about four explorers who travel down into the depths of the sea and get stranded in an underwater cavern. While waiting to be rescued, the group runs across a crazy old sailor named Matheny who's been living in the cave for years. They find a rotting skeleton of another sailor, whom they learn was murdered by Matheny. The rest of the story deals with their attempts to escape and return to the surface world.

Professor Millard Wyman (John Carradine) sends a crew of two men, Paul Whitmore (Allen Windsor) and Craig Randall (Robert Clarke), and two women Lauri Talbott (Sheila Noonan) and Dale Marshall (Phyllis Coates), down to ocean depths never before explored. But, there's a technical problem during the launch. The diving bell breaks free of the cable connecting them to the surface and loses contact with the surface. The mission is believed lost.