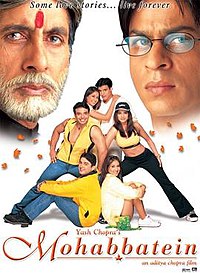 Narayan Shankar has been the strict principal of Gurukul, a prestigious all-boys college, for 25 years. He believes in bringing the best out of his students by emphasizing honour, tradition, and discipline, with no room for fun and games. He is particularly intolerant of romance, decreeing that any student who is caught having a romantic affair will immediately be expelled.