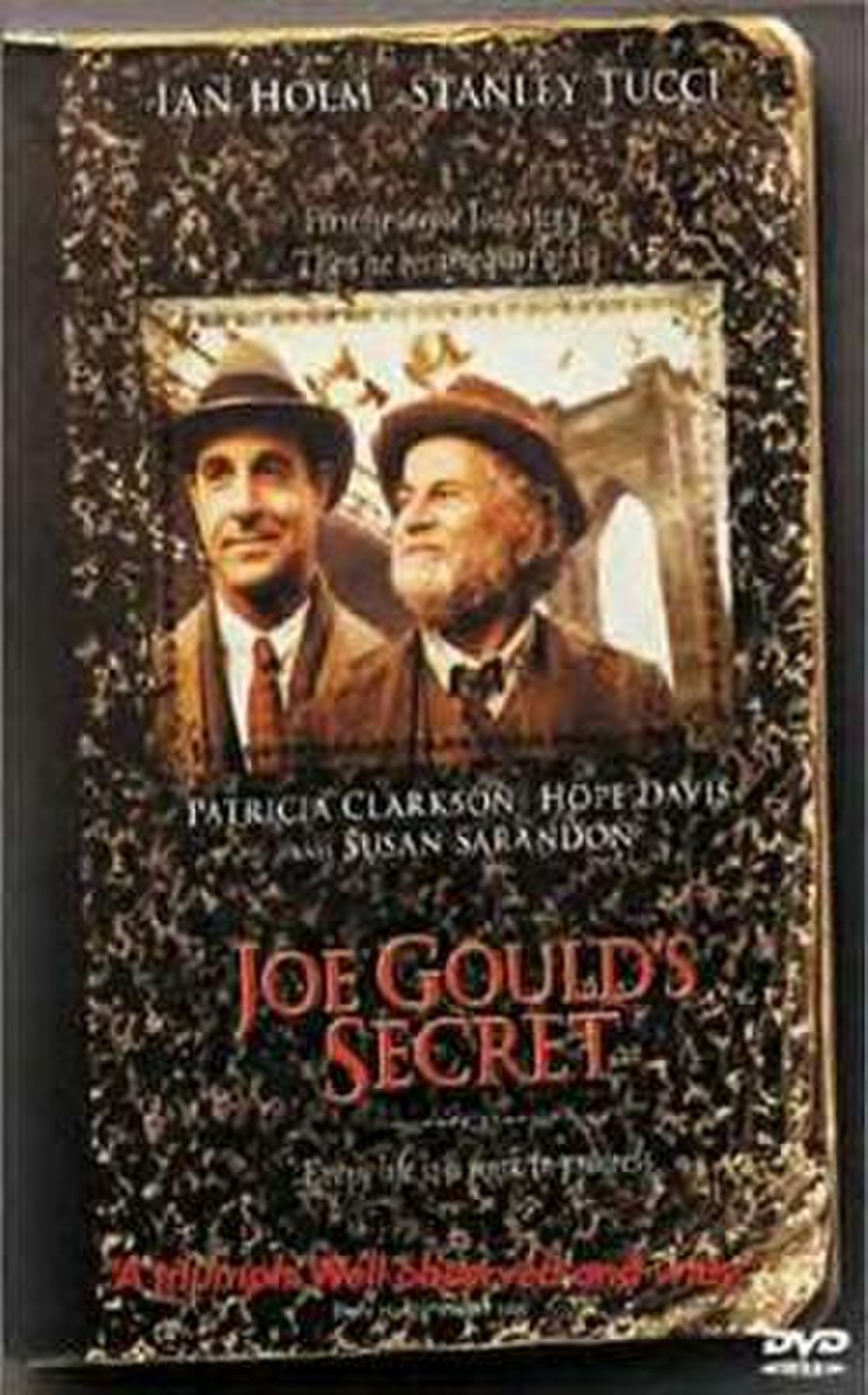 Joe Gould's Secret is a 2000 American drama film directed by Stanley Tucci. The screenplay by Howard A. Rodman is based on the magazine article Professor Sea Gull and the book Joe Gould's Secret by Joseph Mitchell.

Set in Manhattan in the early 1940s, the film focuses on the relationship between Joseph Mitchell, a writer for The New Yorker, and Joe Gould, an aging, bearded, disheveled bohemian and Harvard University graduate who wanders through the streets of Greenwich Village carrying a tattered portfolio and demanding donations to "The Joe Gould Fund". At times Gould is calmly sweet and perceptive, at others he's a pathological liar and an obnoxious drunk, and he frequently experiences sudden outbursts of rage. Earning occasional financial support from poet E. E. Cummings, portrait painter Alice Neel, Village Vanguard founder Max Gordon, and art gallery owner Vivian Marquie, among others, Gould is able to secure a nightly room in flophouses until an anonymous benefactor arranges accommodations in a residential hotel for him.