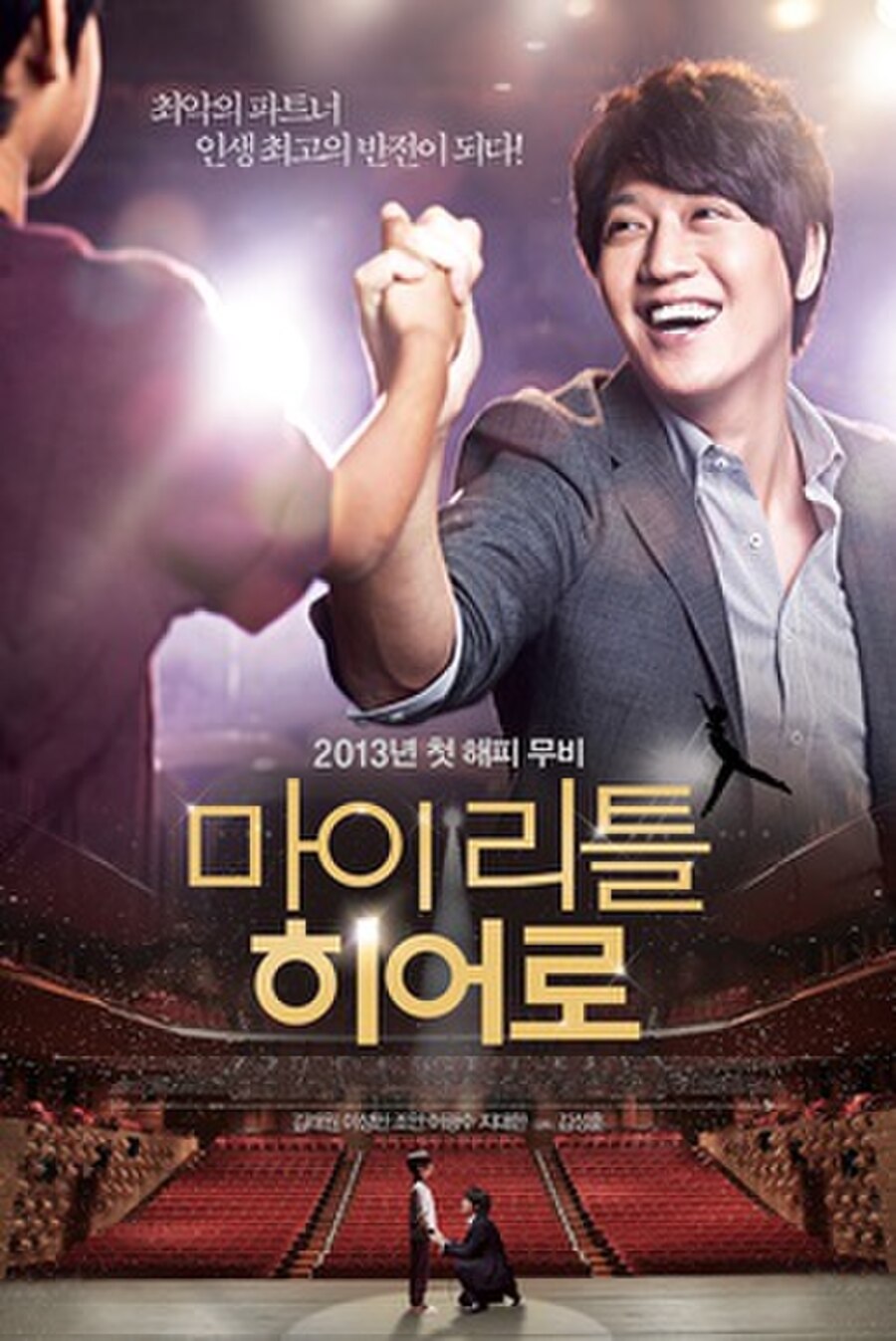 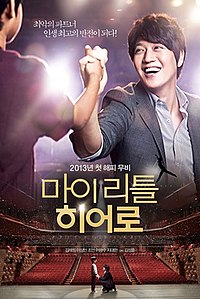 My Little Hero is a 2013 Korean film directed by Kim Sung-hoon. The film follows an amateur music director, Yoo II-Han and a group of kids pursuing a career in acting. Yoo's desire to become famous leads him to audition for the role of The King in an upcoming Broadway-bound musical film, The Great King Jung-Jo. During the audition he meets and partners with a mixed-heritage child Young Kwang and experiences the first conflict between his aspirations and public views.

The protagonists in this movie are a 30-year-old musical director named Yoo Il-Han and a young boy, Young Kwang. Yoo II-Han claims to have graduated from Manhattan University but, in reality, he dropped out due to lack of funds. After that, he returned to work in Korea where he produced a failed musical performance. He messed up a big investment musical. During their performance, there was almost no audience. Following that, he could only produce children's dramas.