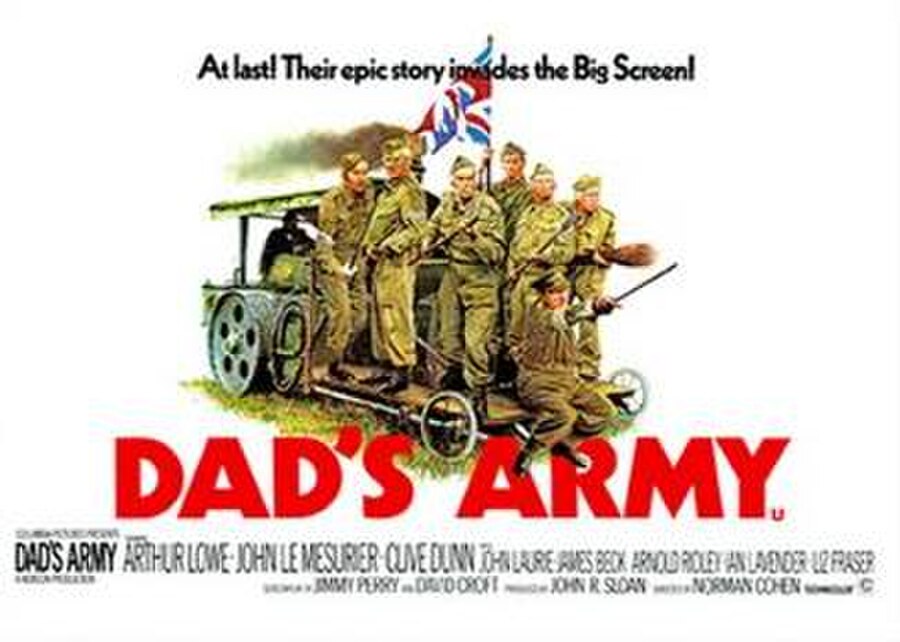 Dad's Army is a 1971 British war comedy film and the first film adaptation of the BBC television sitcom Dad's Army. Directed by Norman Cohen, it was filmed between series three and four and was based upon material from the early episodes of the television series. The film tells the story of the Home Guard platoon's formation and their subsequent endeavours at a training exercise.

1940 - Operation Dynamo has just taken place. From the newly conquered French coastline, a Wehrmacht colonel looks out over the English Channel with powerful binoculars. Surveying the white cliffs of Dover, he spies Godfrey emerging from a lavatory. Godfrey joins the rest of his platoon, who are defiantly waving the Union Flag. The colonel fumes contemptuously, "How can the stupid British ever hope to win?!"