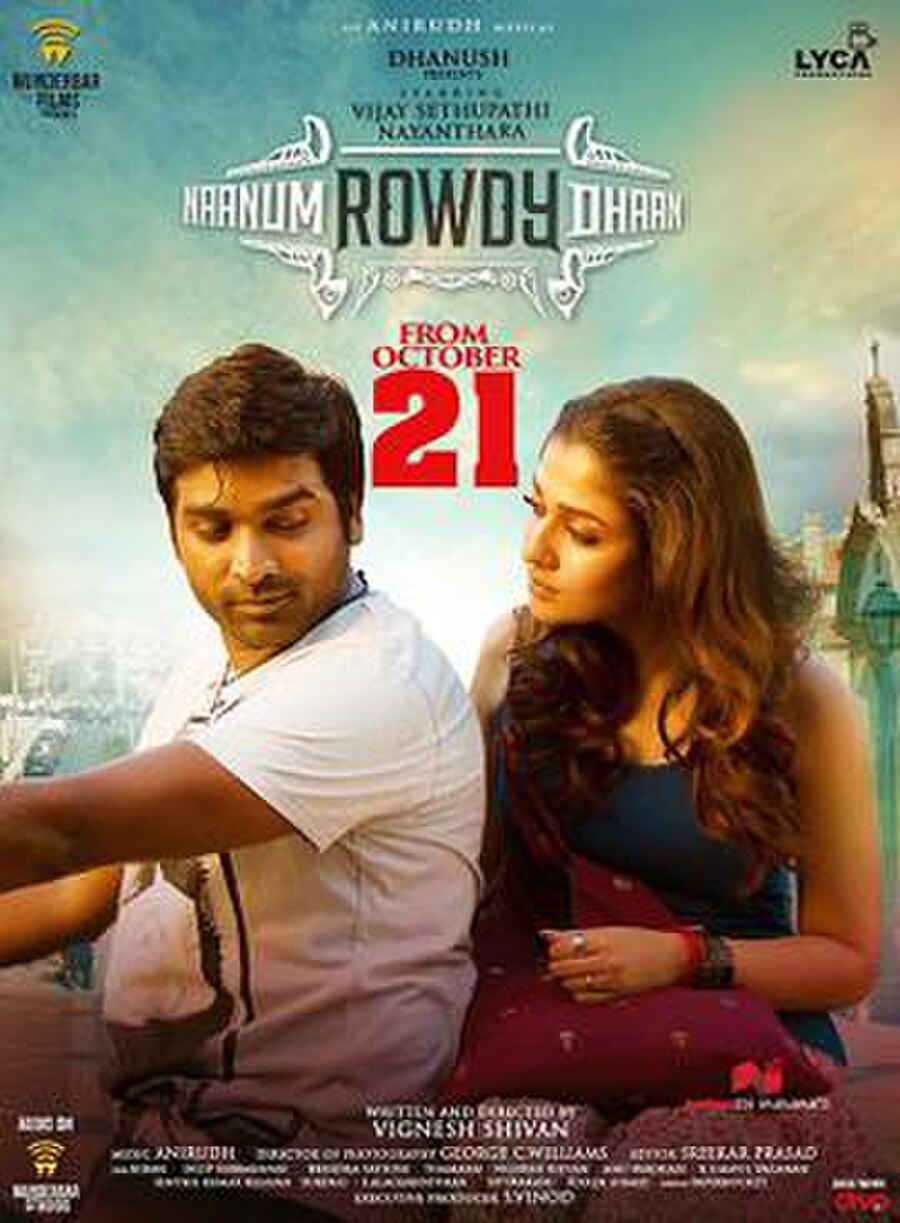 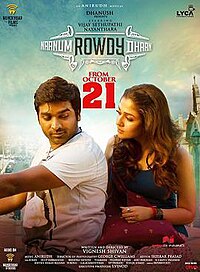 Naanum Rowdy Dhaan is a 2015 Indian Tamil-language action comedy film written and directed by Vignesh Shivan. The plot revolves around Nayanthara and in the lead role along with Vijay Sethupathi who ensemble as the titular role. Produced by actor Dhanush under his banner Wunderbar Films, the film features music composed by Anirudh Ravichander. The film was shot in Puducherry and Chennai over 75 days. It was released on 21 October 2015. The film was dubbed into Telugu as "Nenu Rowdy Ne".

Pandiyan aka "Pondy Pandi" (Vijay Sethupathi) is the son of a Puducherry-based police inspector P. Meena Kumari (Raadhika). Despite being an inspector's son, he grew up being friendly with the criminals behind bars and on reaching adulthood, unknown to his mother, he becomes a rowdy, though an incompetent one.