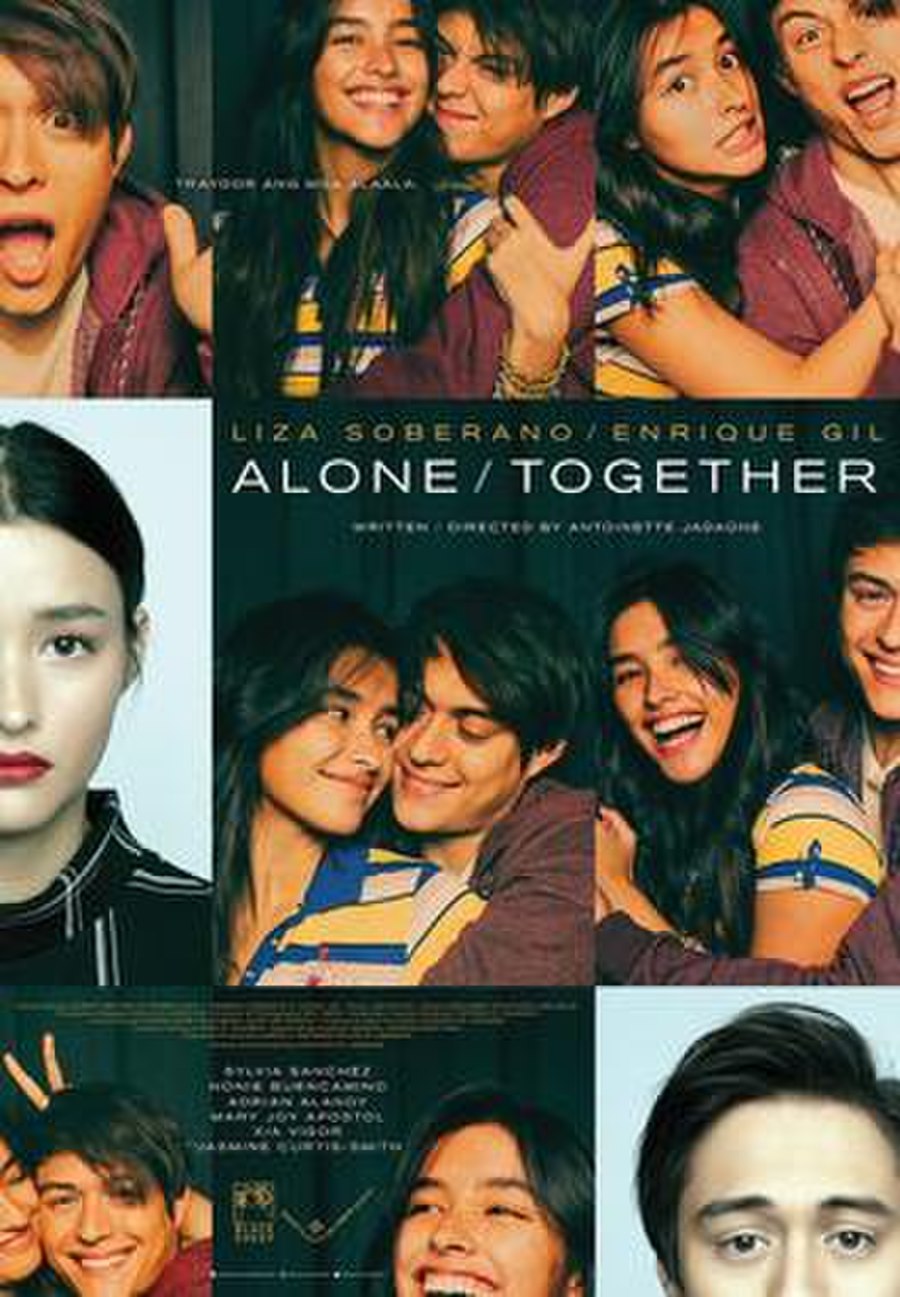 Alone/Together is a 2019 Filipino romantic drama film written and directed by Antoinette Jadaone, and starring Liza Soberano & Enrique Gil. It follows the love story of Christine (Soberano) and Raf (Gil), who cross paths again five years after they broke up. The film was released by Star Cinema on February 13, 2019.

The film begins with Christine "Tin" Lazaro (Liza Soberano), a University of the Philippines Art Studies major and a part-time museum guide, touring high school students in The Philippine National Museum. During one of her tours, she meets Rafael "Raf" Toledo (Enrique Gil), a University of Santo Tomas - Biology student, and an avid fan of The Eraserheads. They first find themselves in a little clash debating the comparison of the museum's famous painting, and Raf's favorite song Spoliarium. First at odds, they soon begin dating and eventually enter into a romantic relationship. Raf dreams of becoming a doctor while Tin aspires to be a museum director. She also dreams to visit The MET (Metropolitan Museum of Art) and other museums in New York. But their relationship falls apart when Tin is accused of allowing her boss to steal from the company. She was saved by Gregory "Greg" Fausto (Luis Alandy), a coworker who likes her and believes that she is innocent. Owing to the extremely stressful situation, she breaks up with Raf when, much to her chagrin, Raf is not able to graduate again, and is still stuck at preparatory medicine school. Raf initially proposes to Tin, to avoid losing her, but Tin refuses the proposal, and break up with Raf.