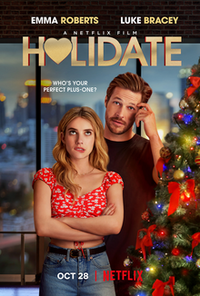 Sloane is a young woman living in Chicago, Illinois who hates the holidays due to the judgement she receives from her family for not being in a relationship. Having recently broken up with her boyfriend, her mother Elaine is constantly trying to set her up with a new man, much to Sloane's annoyance. Meanwhile in Evanston, Illinois, Jackson is a young Australian golfer stuck spending the holidays with a girl he has no interest in pursuing a serious relationship with and her family. Later in the night, his date becomes angry with him for not getting her a Christmas present, and he leaves in frustration.