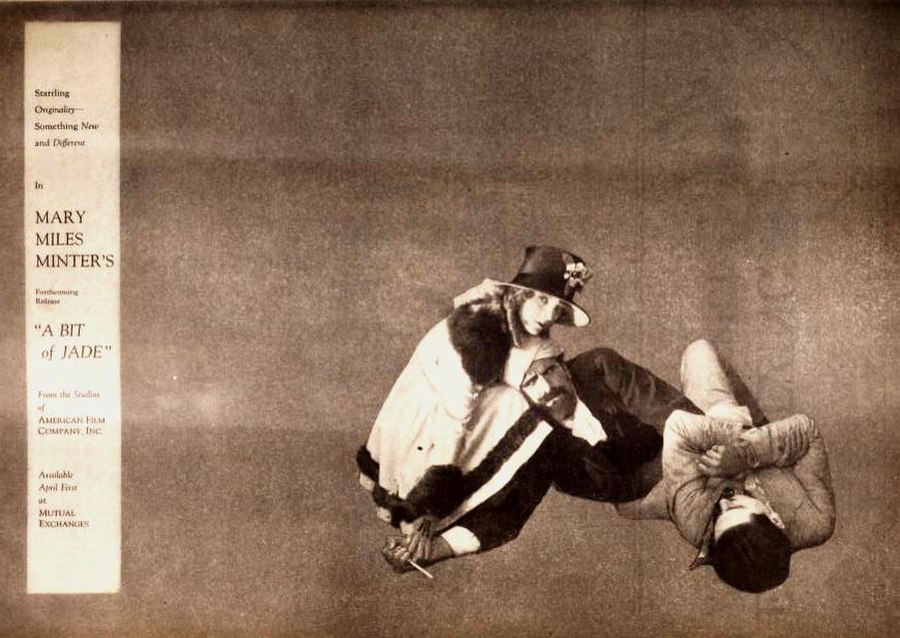 A Bit of Jade is a 1918 silent comedy-drama film directed by Edward Sloman and starring Mary Miles Minter. As with many of Minter’s movies, the film is thought to be a lost film.

As described in a film magazine, Phyllis King (Minter), after her gambler brother (Howard) comes to her with a tale of woe, gives him her jewellery and all her money, and finds herself unable to pay for her lunch. She is rescued by Grayson Blair (Forrest), who has in his overcoat pocket a jade necklace which is wanted by his Hindu manservant (Ferguson). The overcoats of Blair and Cuthbert King are accidentally switched, and Phyllis, finding the jade necklace in her brother’s pocket, believes it to be a gift for her. When Blair sees her wearing the necklace, he mistakes her for a thief, and Phyllis, upon learning it is stolen, in turn mistakes Blair for a detective on the trail of her brother. With Blair’s Hindu manservant also on the trail of the necklace, matters become dramatic and convoluted, before the mix-up of overcoats is finally revealed and a romance develops between Phyllis and Grayson Blair.