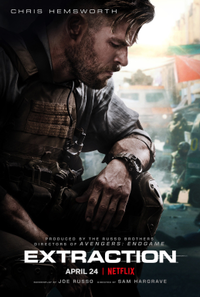 After a day at school, Ovi Mahajan – son of an incarcerated Indian drug lord – sneaks out of his house to visit a club, where he is kidnapped by police officers working for rival drug lord Amir Asif. Saju Rav, a former Para (SF) operator and Ovi's protector, visits Ovi’s father in prison. Unwilling to pay the ransom as it will hurt his prestige, Ovi Mahajan Sr. orders Saju to retrieve his son, threatening Saju's own family.