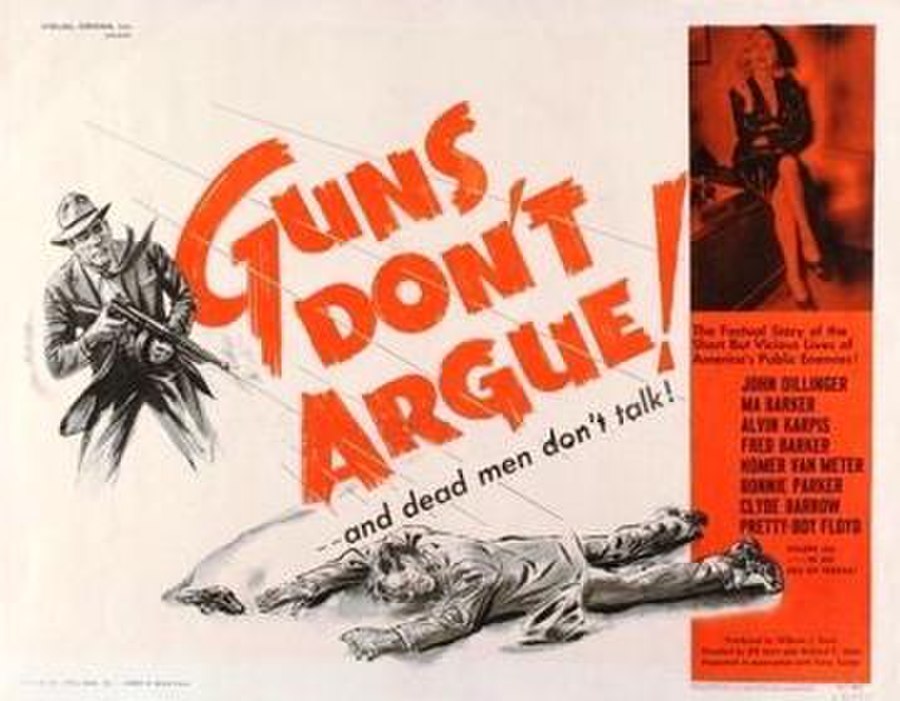 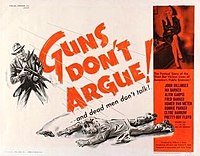 Guns Don't Argue is a 1957 low-budget feature film about the early achievements of the FBI in defeating the most notorious criminals of the 1930s. The film involves dramatizations of the crimes and eventual demise of various gangsters, along with a moralistic narrative. It was edited together from a composite of three episodes from the 1952 TV series Gangbusters.

The film takes the form of a docudrama in which actors who are cast as FBI Special Agents speak to camera about the war on gangsters in the mid-1920s through the late-1930s. Using contacts with gun molls, agents track down criminals. The film dramatizes the crime careers, and final capture or deaths of John Dillinger, the Barker Gang (Ma Barker, Fred Barker, Arthur Barker, Alvin Karpis), Bonnie and Clyde, Homer Van Meter, Doc Barker and Pretty-Boy Floyd. The "docudrama" does not portray events, many situations, or the FBI Special Agents accurately. For instance, the name of the FBI Special Agent who was killed in the Kansas City Massacre on June 17, 1933 was Raymond J. Caffrey, and it was not his first day with the FBI. Names of all FBI Special Agents who have been killed in the line of duty may be found on the FBI Hall of Honor.