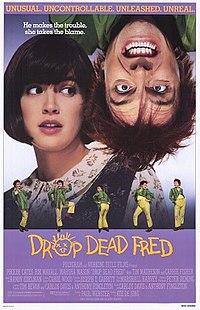 Elizabeth Cronin is an unassertive and repressed woman, dominated by her controlling mother Polly, who blames her for her divorce. While taking her lunch break from work, she visits her husband Charles, from whom she is separated, hoping to sort out their problems. He reasserts his desire for a divorce and says that he is in love with another woman named Annabella.