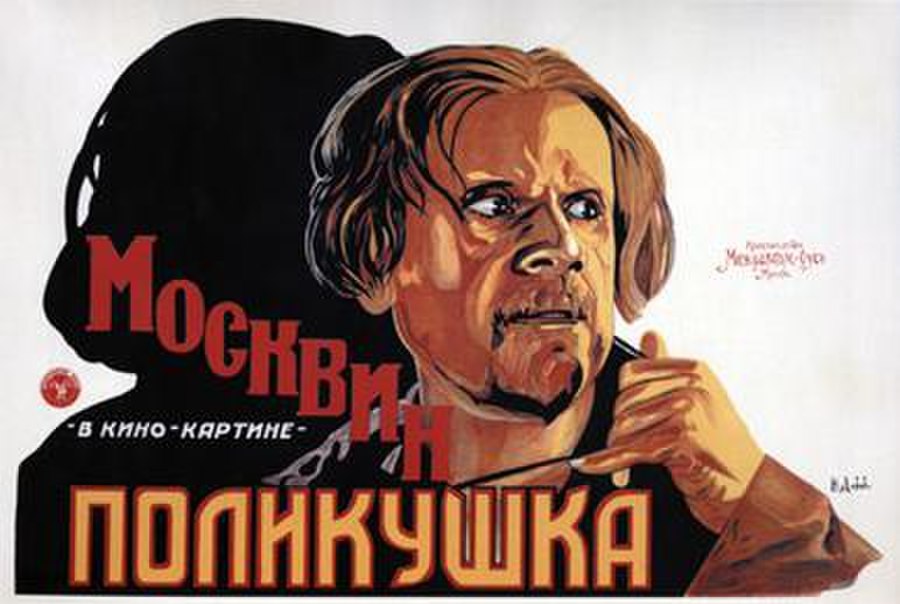 Polikushka is a 1922 Soviet drama film directed by Alexander Sanin, based on Leo Tolstoy's story of the same title. It features the famous Moscow Art Theatre actor Ivan Moskvin in his first on-screen role. The filming was completed in 1919 but the release was delayed till 1922 because of the Russian Civil War.

Peasant Polikushka is as Tolstoy described him, "an insignificant man and a little flyblown", he is good-natured but weak-willed. He spends most of his time in a tavern, but can not find a meeting among minds even among the other regulars. He commits petty theft to buy vodka.