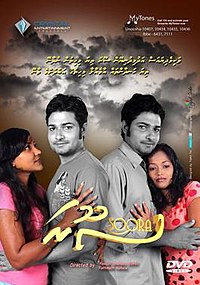 Riyaz and Niyaz (both roles played by Ali Ahmed) are two identical twins; Riyaz is happily married to Zeena (Aminath Ameela) while Niyaz is romantically attracted to Nashwa (Amira Ismail) who is being domestically abused by her drug addict husband, Shifan (Mahir). Niyaz was able to save Nashwa from her miserable life but the family met with an unfortunate incident when the cycle Niyaz and Riyaz were driving gets crashed in an accident ultimately killing the latter.