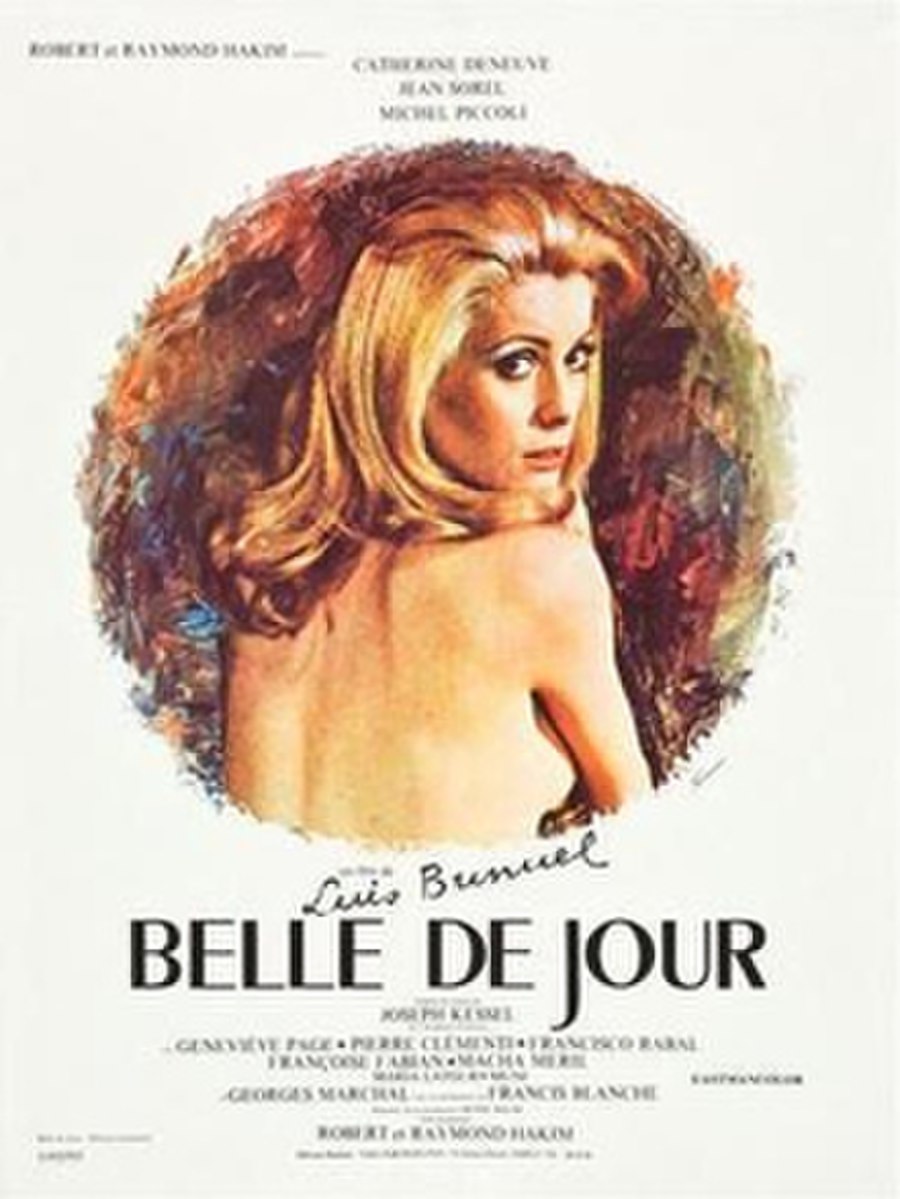 Belle de Jour is a 1967 drama film directed by Luis Buñuel, and starring Catherine Deneuve, Jean Sorel, and Michel Piccoli. Based on the 1928 novel Belle de jour by Joseph Kessel, the film is about a young woman who spends her midweek afternoons as a high-class prostitute, while her husband is at work.

Séverine Serizy (Catherine Deneuve), a young and beautiful housewife, is unable to share physical intimacy with her husband, Dr. Pierre Serizy (Jean Sorel), despite their love for each other. Her sexual life is restricted to elaborate fantasies involving domination, sadomasochism, and bondage. Although frustrated by his wife's frigidity toward him, he respects her wishes.