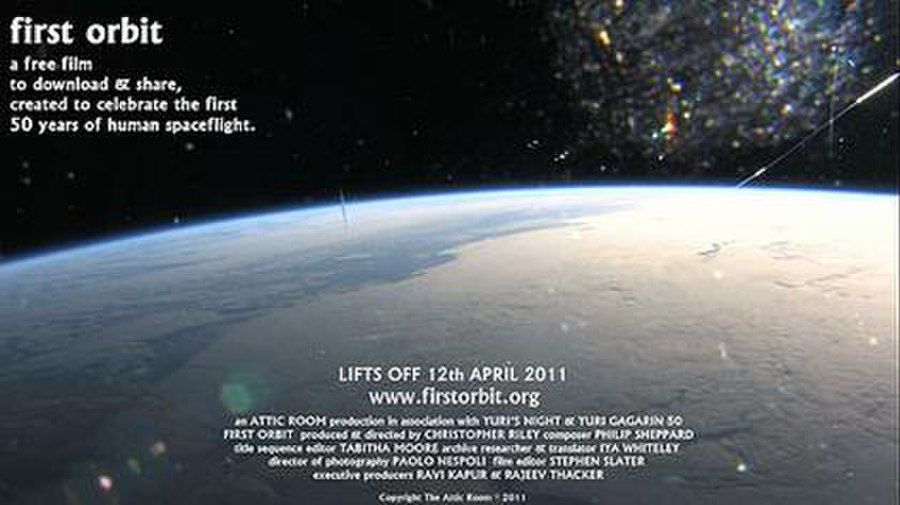 First Orbit is a 2011 feature-length, experimental documentary film about Vostok 1, the first manned space flight around the Earth. By matching the orbit of the International Space Station to that of Vostok 1 as closely as possible, in terms of ground track and time of day, documentary filmmaker Christopher Riley and European Space Agency astronaut Paolo Nespoli were able to film the view that Yuri Gagarin saw on his pioneering orbital space flight. This new footage was cut together with the original Vostok 1 mission audio recordings sourced from the Russian State Archive of Scientific and