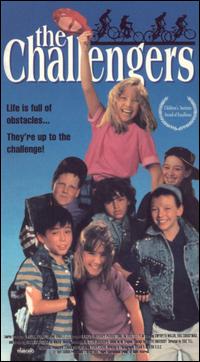 The Challengers is a 1990 family television film that was produced by Lauron Productions for CBC Television. It stars Gema Zamprogna (best known for her role on Road to Avonlea), Gwynyth Walsh and Eric Christmas. The film features the Jon and Vangelis song "I'll Find My Way Home".

After her father dies, Mackie and her mom move to a new town. As she makes new friends, she discovers a band she wants to join. The only problem is, the band consists of only boys and no girls are allowed. She comes up with the idea to dress like a boy to join the band and be part of "The Challengers". Balancing out between dressing up as a guy in the band and a being normal girl with her best friend Jenny is harder than she thought.