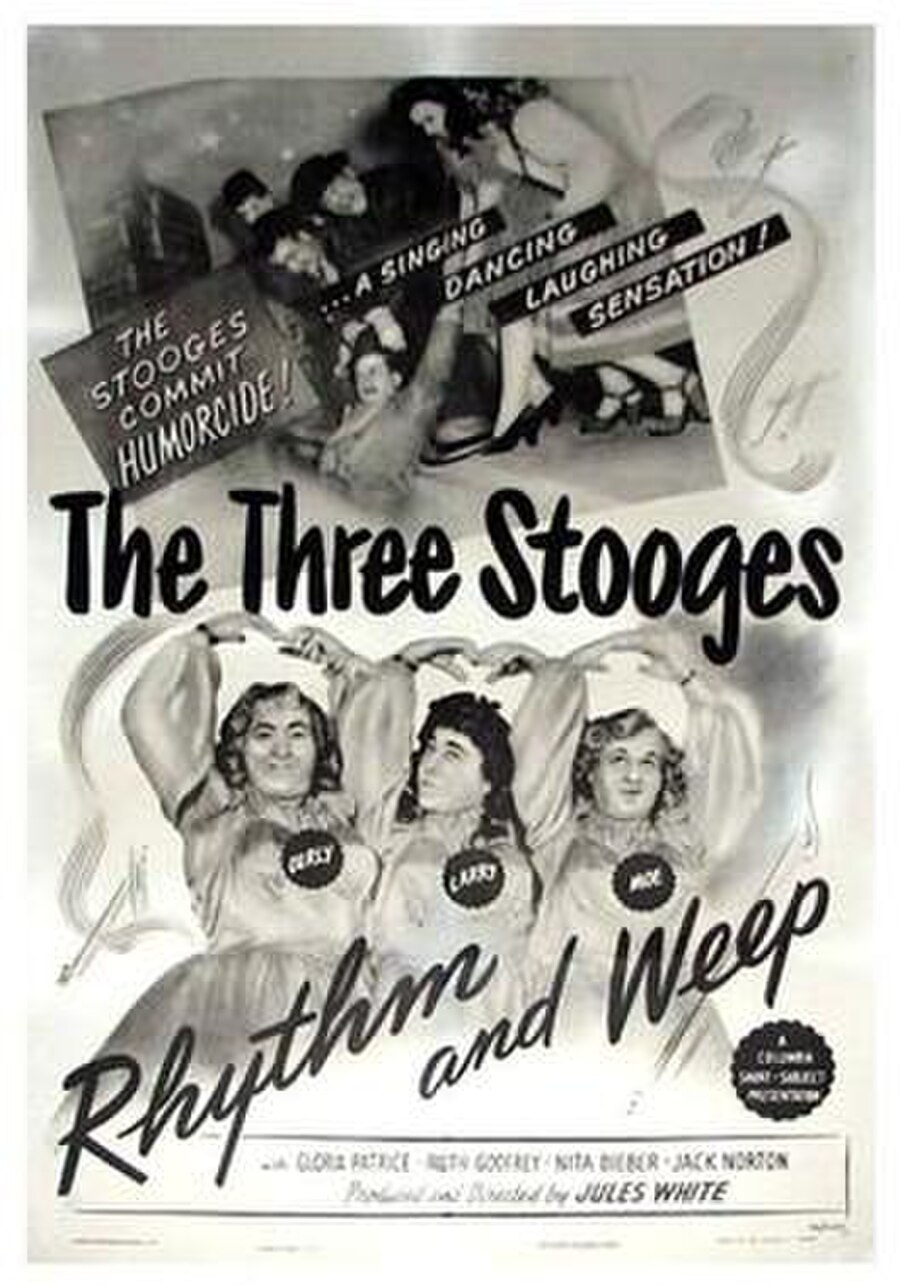 Rhythm and Weep is a 1946 short subject directed by Jules White starring American slapstick comedy team The Three Stooges (Moe Howard, Larry Fine and Curly Howard). It is the 95th entry in the series released by Columbia Pictures starring the comedians, who released 190 shorts for the studio between 1934 and 1959.

The Stooges play the roles of unsuccessful actors who have decided to end it all by jumping off a skyscraper. On top of the building, they discover three girls with an unsuccessful dancing act who have also decided to jump. The Stooges immediately fall in love with the girls. The six distraught lovers are still planning to jump when they suddenly hear piano music playing. They leave the ledge to go find the source of the music. On a lower floor they discover a piano-playing millionaire who is looking for a talented act. He promises them a significant amount of money if they are good. Their act is a success with the millionaire, who doubles their salaries and says, "The way I throw my money around, I bet you think I'm crazy!" As if on cue, two men in white coats come to take him back to an asylum.