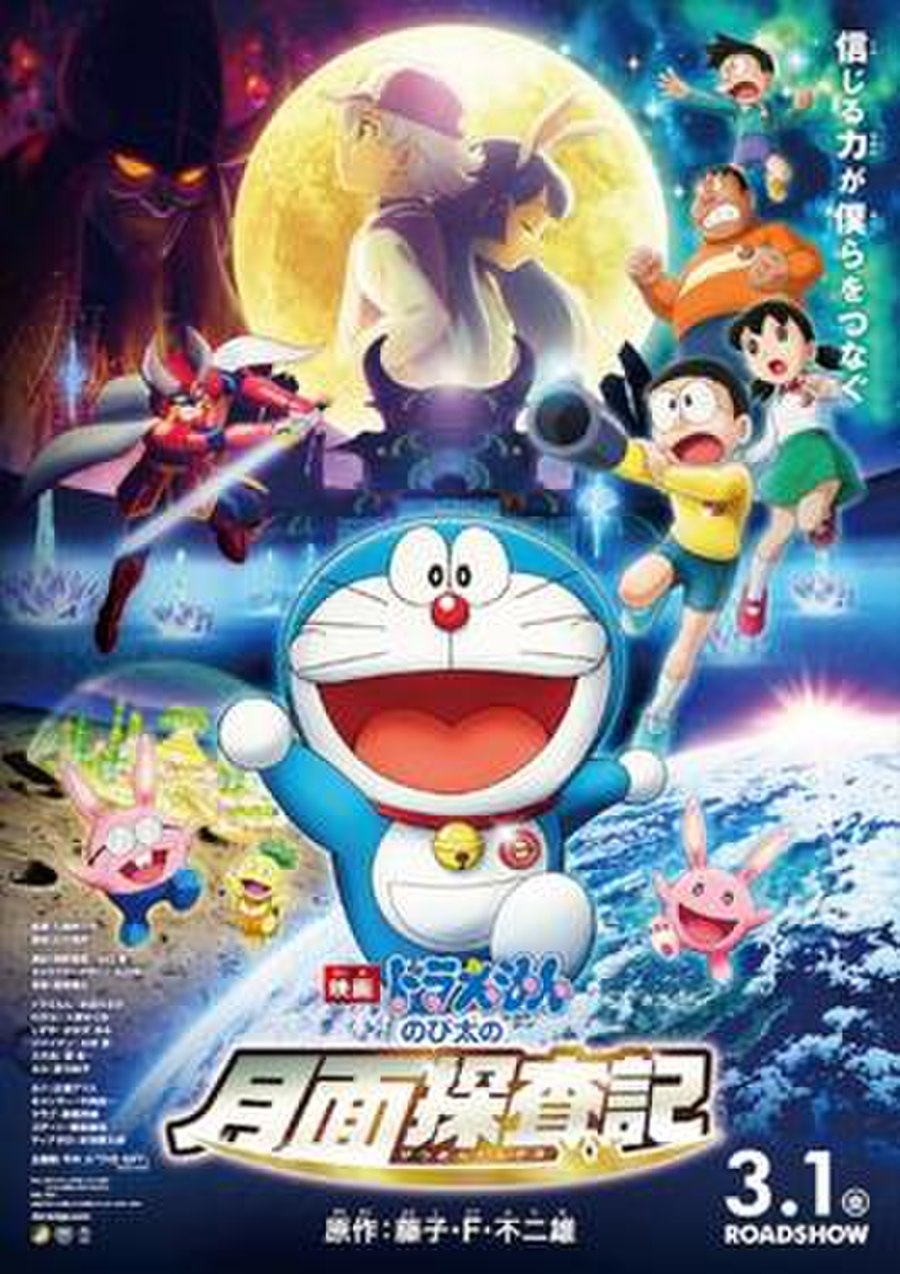 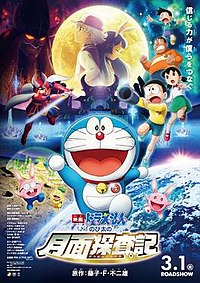 is a Japanese science-fiction anime film. It was premiered on March 1, 2019. It is directed by Shinnosuke Yakuwa and screenplay by Mizuki Tsujimura.

During the day, Nobita and friends were finding out how did they went to the other side of the moon but everything went wrong. At night, Japan launched its first ever robotic rover looking for life on the other side of the Moon. Then back on Earth, the Nobi family were looking up in the sky and the Moon turned yellow. Doraemon gives Nobita the Opposite-Direction Badge and goes to the Moon. When they arrived, Doraemon pulls out the Animal Dough-Making Bucket, then they create bunnies that would build their own colony. Later at school Nobita tells his class all about it but they think it’s really funny. Then his teacher introduces a new student named Luka. At first when he first discovered the moon alongside Doraemon & friends he was worried. Luka takes out his cap and finds out that he’s from this colony. Then he and his sister Luna showed them how their colony was made.