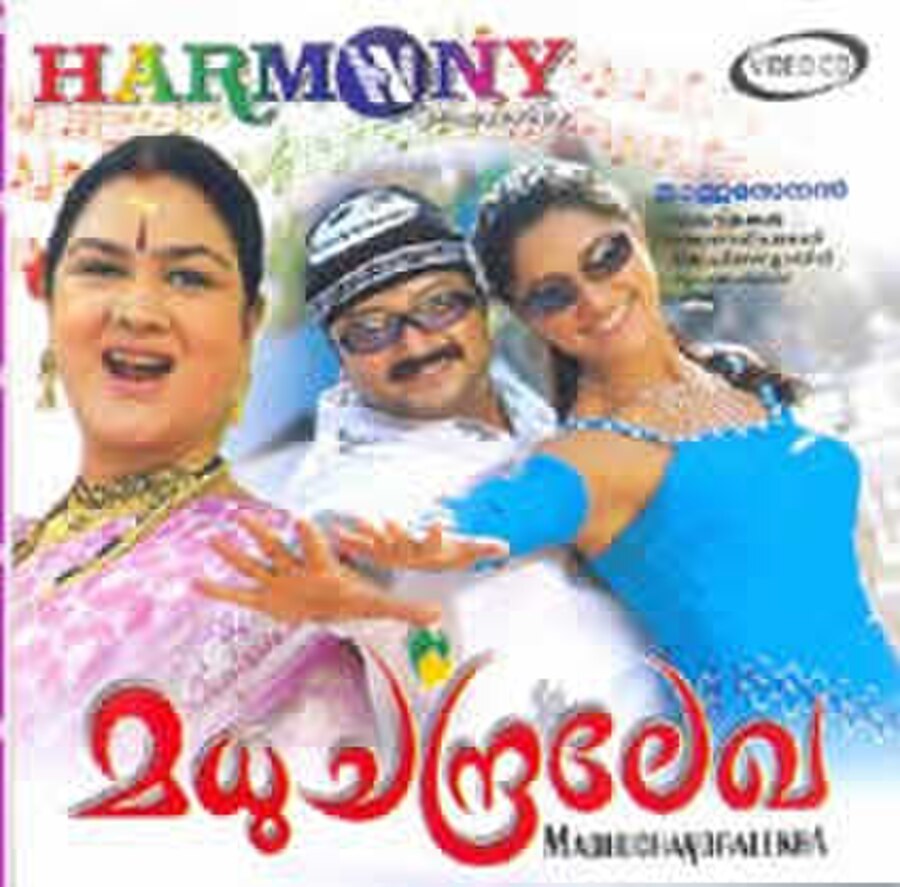 Madhuchandralekha is a Malayalam film directed by Rajasenan. This film stars Jayaram, Urvashi and Mamta Mohandas in the lead.

Madhu aka Madhavan (Jayaram) is a successful playback singer. Chandramathi (Urvashi) is his illiterate, rustic, betel-chewing wife with a bad habit of spitting in wrong places, and they have four children. It can be described as incompatible matrimony but still a happy one. Madhu loves his wife even though they are out of sync because she has brought him luck. Here enters Lekha (Mamta Mohandas), a sophisticated urban model-cum-singer, who finds a place in the hearts of all the family members. Chandramathi thinks Lekha will be the perfect wife for her husband and a good mother for her children. How she goes about her plans of uniting Madhu and Lekha forms the rest of the story. Chandramati leaves children and madhu and moved to uncle's home. Eventhough at the end she couldn't suffer the pain of giving her husband to another women. With the help of chandramatis uncle, madhu and lekha made a plan to take her back to children and madhu.In the end she enters to madhu and lekhas wedding ceremony and cried off. There reveals it all was based on a plan and madhu loves his wife that much.finally he marries chandramathy once more.Happily everafter..